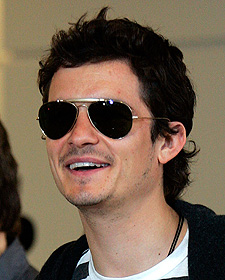 Orlando Bloom will not be charged with hit-and-run in connection with last week's accident in Hollywood that left his passenger with a fractured neck.

The District Attorney's office announced today that prosecutors declined to file charges because of lack of evidence.

Orlando crashed into a parked car while he was being chased by several cameramen, who captured the accident on tape. Orlando appeared to walk away from the scene, but he quickly returned to aid his injured friend.

Last night, Orlando was spotted at the Beverly Hills Police Department, sparking rumors that he was to turn himself in for hit-and-run.

But today police tell “Extra” that Orlando came to them because he was being chased by two paparazzi and felt he was in danger. He pulled into the emergency space at the police station, then left. No report was filed.