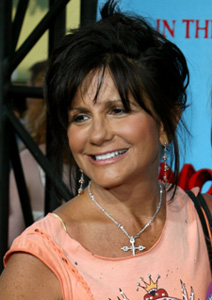 Britney Spears’ mom, Lynne, is set to write a tell-all book, according to Publishers Marketplace.

Lynne has reportedly inked a deal with publisher Thomas Nelson, which also distributes Bibles and inspirational books. The tell-all will hit shelves next year.

Britney, 26, and Lynne reconciled just weeks ago after months of bitter feuding. The troubled pop star reportedly felt betrayed by her family for encouraging her to go to Promises rehab facility following her February head-shaving meltdown.

In June, Britney handed her mom a letter which reportedly ordered Lynne to stay away from the kids if she had taken any medications. Brit told reporters at the time, “I'm praying for her right now. [I hope] she gets all the help she needs."

But after a judge stripped Britney of temporary custody of sons Sean Preston and Jayden James this month, Lynne and her younger daughter Jamie Lynn flew from Louisiana to Britney’s home in Malibu.