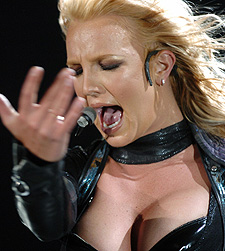 Rudolph spoke about his high expectations for Spears’ new album, Blackout, declaring, “I think it’s going to do great! I have heard almost all of it!”

Rudolph tells “Extra” that his partnership with the pop princess is not over, indicating that the two of them plan to work together again very soon. Rudolph admits that the door is still open for another go at being Spears’ manager.

In fact, Rudolph is so close to the Spears clan that he talks to Britney's parents almost daily and says he has nothing but love for the entire family.

Jessica Simpson's Stunning Confession: ‘I Was Killing Myself with All the…