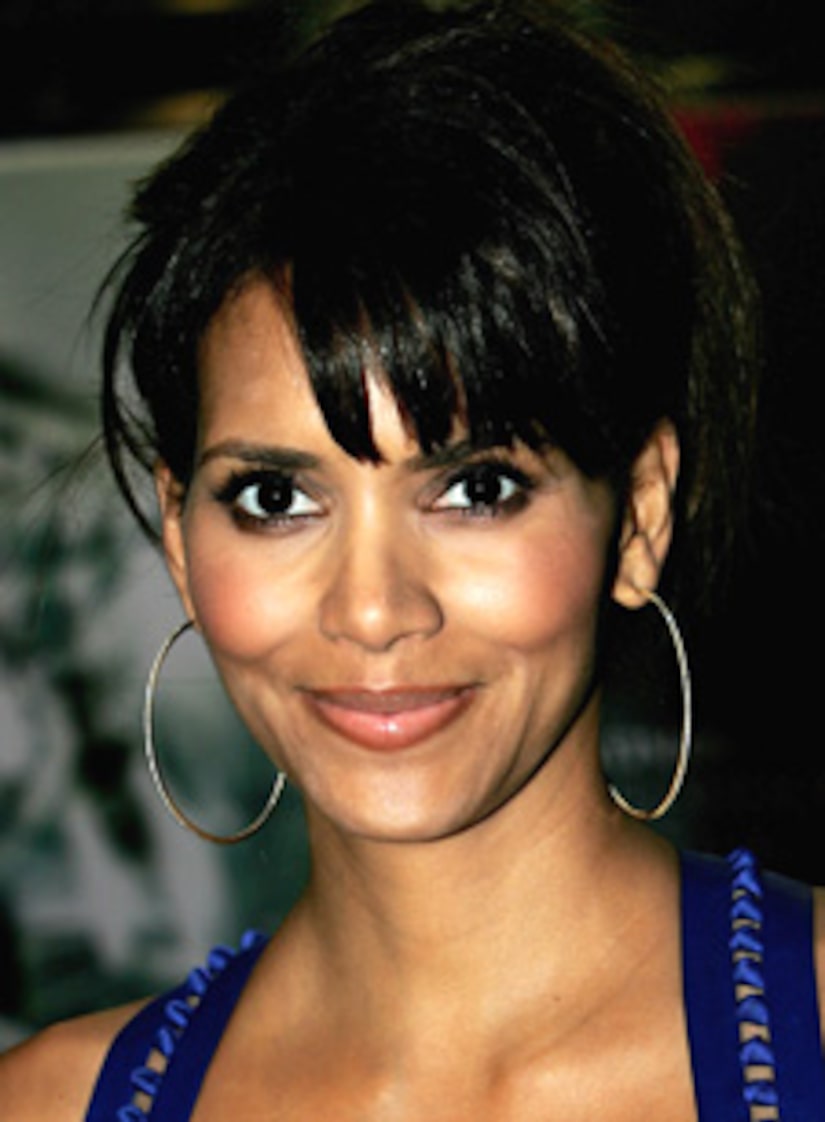 Halle Berry is opening up about her nightmare childhood in a candid and emotionally raw new interview.

She tells James Lipton during a taping of “Inside the Actor's Studio” that her father, who passed away in 2003, was abusive.

“It was to date probably the worst year of my life,” she says. “He abused my mother and my sister constantly, and the hard part for me was that he never abused me.”

That, she says, resulted in a feeling of overwhelming responsibility.

“I was dealing with a lot of guilt because I saw my sister go through terrible beatings and I felt helpless and I felt like a coward because I didn't do anything,” she confesses.

But Halle overcame those feelings of helplessness to rise to a confident, Oscar-winning star who throws her weight whole-heartedly behind battered women's charities.

Now four-months pregnant with her boyfriend Gabriel Aubry's baby, Halle can't hide her smile when the topic switches to her own bundle of joy.

“Sometime in March,” she says, glowing about her due date.

Quips Lipton, “I would just like to say, in passing, there's nothing wrong with the name James.”

Though Halle has kept mum on whether it's a boy or girl, she did tell “Extra” that she plans to have her baby take the last name of Aubry.