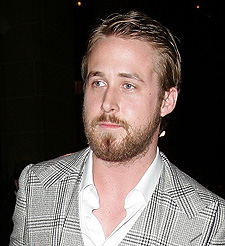 Rising star Ryan Gosling has pulled out of the highly-anticipated screen adaptation of the hit novel “The Lovely Bones,” leaving fans scratching their heads.

Ryan, citing “creative differences,” skipped out just one day before filming was set to begin. He gained 20 pounds and grew a beard for the role of a father whose daughter is murdered.

The film is helmed by Oscar winning director Peter Jackson and also stars Rachel Weisz, Susan Sarandon and Michael Imperioli. It is based on Alice Sebold’s chilling tale of a young girl who, from Heaven, watches her family unravel after her untimely death.

Mark Wahlberg has stepped in to replace him, and shooting began yesterday on schedule.