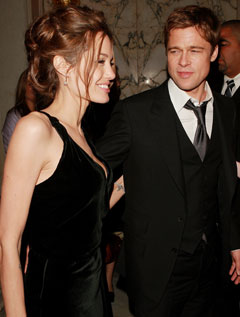 Brad Pitt and Angelina Jolie are teaming up to produce a project for HBO.

According to the Hollywood Reporter, the busy parents will produce a series that chronicles an international aid organization and the workers who put their lives on the line for it.

The still-untitled drama will be written by “The Bourne Ultimatum” scribe Scott Burns, who also produced Al Gore’s documentary “An Inconvenient Truth.”

This is their first joint producing effort.