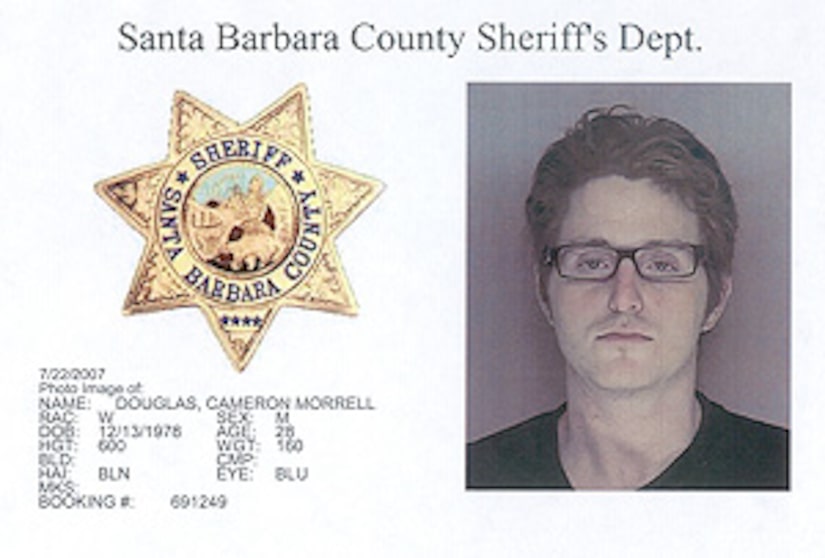 The charges stem from their July 22 arrest, when police found a syringe on the floorboard of the car Cameron and the friend were in.

Cameron appeared alongside his father and grandfather Kirk Douglas in the 2003 film "It Runs in the Family."