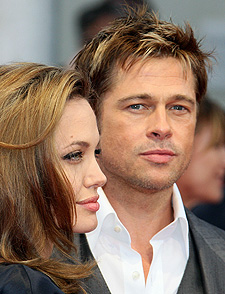 Brad Pitt and Angelina Jolie are notorious for never living in one place for long, but are their constant moves actually hurting the kids?

One social worker thinks so!

Psychotherapist/social worker Puja Hall tells the New York Post that Maddox, 6, is at a disadvantage because he’s uprooted from one school to another without a chance to bond with kids his age.

“Maddox is an adopted child, so he already has a sense of abandonment,” she claimed. “Kids that constantly move are like Army brats, in that very often they don’t want to open up to people.”

She added that Angie and Brad must make a decision about where the kids – Pax, 3, Zahara, 2, and Shiloh, 1 – will grow up.

“At some point, they will have to make some important choices so the kids can form those bonds and keep them,” Hall insisted.

But today Angie’s rep blasted back, saying the story is “unfair to them” and that “it’s nobody’s business what they do with their kids.”

Teddi Mellencamp Confirms ‘RHOBH’ Exit: ‘It Feels Like a… 10