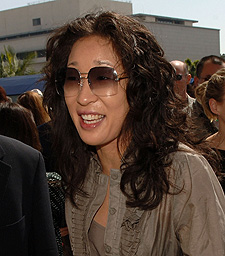 Her divorce to “Sideways” writer-director Alexander Payne was finalized today, according to court documents obtained by “Extra.”

Sandra and Alexander split in March 2005 after two years of marriage. Though their status as a married couple officially ended on Dec. 22, it took two years for the couple to settle their finances.

It was the first marriage for both stars. They have no children together.