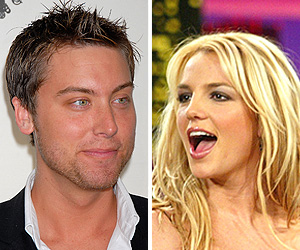 Former ‘N Sync member Lance Bass is saying that he never told anyone he was gay – before Britney Spears.

In the November issue of GQ magazine, Lance reveals that he told Britney in a moment of crisis, just after she married childhood friend Jason Alexander in a quickie Las Vegas ceremony in 2004.

"I felt bad for her," Bass admitted. "I knew she was about to go through a lot of crap. I felt the need to share something. So I sat her on my bed, and I'm like, Well, I'm gay!"

He said Britney was “surprised,” because, “I was always the Southern gentleman.”

Since then, Lance, 28, has hardly spoken to Britney, 25, though they live close to each other in Beverly Hills.

“I tried to get in touch with her – I wanted to be that friend to help her,” he said. “I don't think she's having any of her old friends anymore."