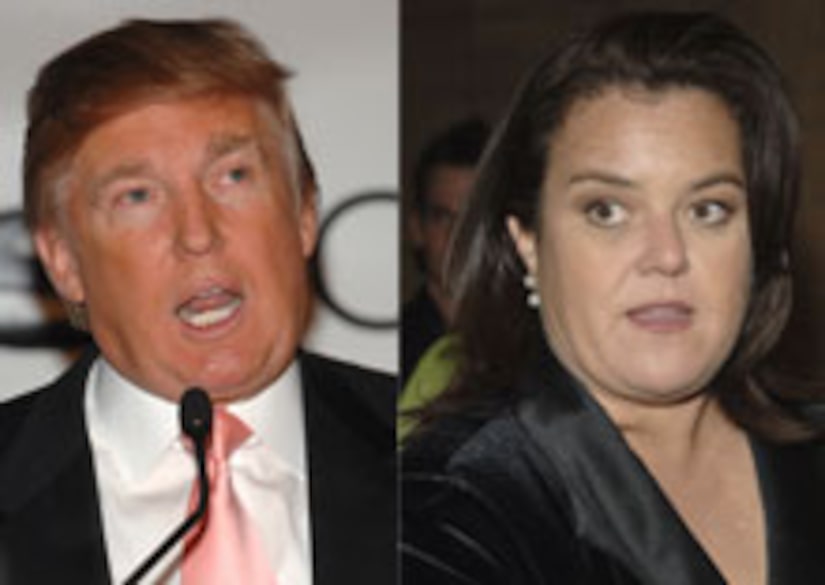 In his first TV interview since “Celebrity Detox” was released, and as he announced plans for a global collection of Trump hotels, Donald Trump, flanked by kids Donald Jr. and Ivanka, spoke out about Rosie O'Donnell's new book to “Extra.”

Trump admitted he has not read the book saying, “No, I won't read it, but there's nothing to learn.” He declared, “It's not a very good book and my book comes out in two weeks, and I guarantee it's going to sell many, many more copies than her book.”

He added, “The book is a piece of garbage.”