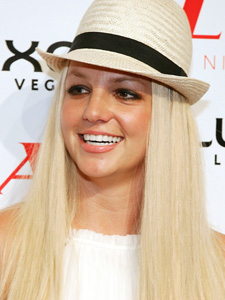 Chaos surrounded the downtown L.A. courtroom this morning where Britney Spears and Kevin Federline’s attorneys met after Britney filed an emergency motion for more visitation with the kids.

Dozens of reporters and paparazzi scrambled to get a shot of Britney, who never appeared.

So why was she a no-show at the emergency hearing she requested?

Britney was never actually required to be there. Instead, her attorney Anne Kiley spoke for her, requesting that Britney be allowed overnight stays. Kiley argued that the visits were critical for Sean Preston and Jayden James to bond with their mother.

But L.A. Superior Court Commissioner Scott Gordon said he didn’t see the emergency and did not immediately rule on the motion to grant overnight visits. Britney’s attorney argued that if monitors were present – including Britney’s own mother, Lynne – she should have overnight visits.

Lawyers from both sides alluded that Britney is mending her relationship with her family.

Gordon said, “If, in fact, there are family members who are present and trying to help, that might do some positive things.”

Kevin’s attorney, Mark Vincent Kaplan, vehemently opposed Britney’s requests for overnight visitation. He called her attempts “frustrating” and said, “If she could remedy all of those problems ... in one week, that would be a miracle.”

Just last week Gordon gave temporary custody to Kevin and ordered that Britney undergo random drug testing, meet with a parenting coach and obtain a valid California driver’s license. Her lawyer said she has done all those things, but Gordon said he had not seen actual evidence that Britney had passed the drug test.

Gordon said Britney “made a conscious choice not to do anything” about his rulings, but Kiley explained that Britney has “trust issues” and was in a “transitional period” at the time.

Gordon responded that he’s worried her emotional problems could harm the kids.

Kiley added that Britney is “making progress” and would have attended this morning’s hearing but was weary of the paparazzi mob scene. She said that no one should have known about the hearing today, adding that “very, very few people in our office even knew we were appearing today.”

Right now, Britney and Kevin’s lawyers are still discussing the matter and must report back to Gordon soon.