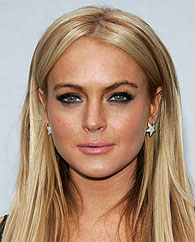 A new report says that in an effort to continue her recovery since leaving rehab, Lindsay Lohan has cut her own mother out of her life.

The report claims that Lindsay "is cleaning house…starting with … her mother, Dina," adding that she's fired Dina as her manager and plans to avoid the "negative influences" in her life.

But Lindsay's father Michael is blasting that report in a statement to "Extra," saying, “I don’t know anything about it at all. I don’t get involved in Lindsay’s business dealings. I want to be there as her father and hope Dina can be there as her mother as well.”

When contacted by “Extra” about the report, Lindsay’s publicist said it is “not true at all.”