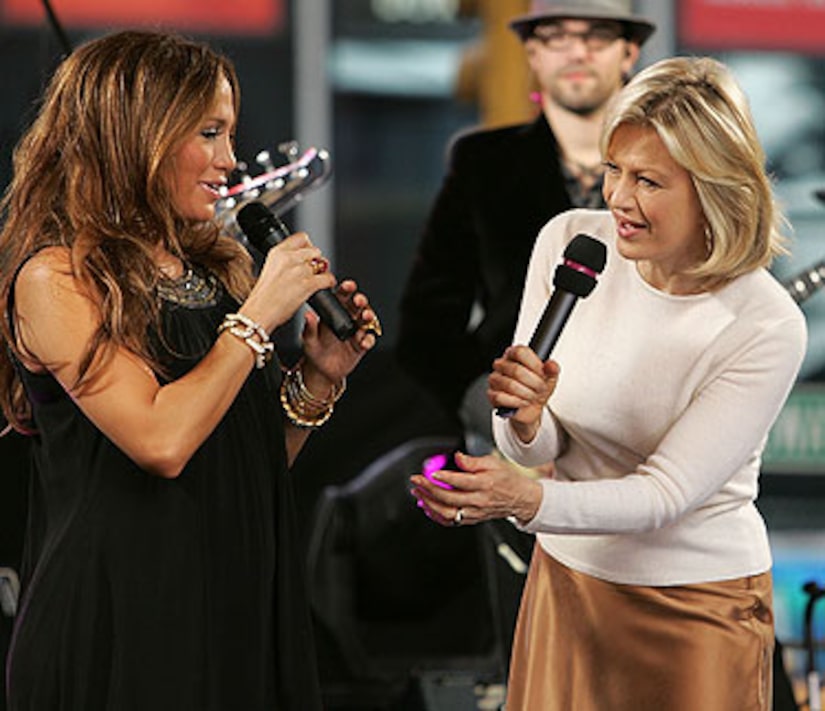 It's the announcement everyone's been waiting for – Jennifer Lopez finally confirming her baby joy.

Only it didn't come at this weekend's Madison Square Garden concert or at a taping for MTV's “TRL” – and not even Diane Sawyer could wrestle it out of the singer!

During a taping of ABC's “Good Morning America” yesterday, Diane asked Jennifer, “All right, all right, I know what everybody's asking, and I know you have so little privacy in your life ... so, I'm just going to say, 'How are you?'"

Though it was widely expected that Jennifer would confirm the news, she only smiled and said, “I'm very well, thank you. This is really, really a great, happy time in my life. ... Everything's great."

Jennifer echoed that same sentiment during a taping of “TRL” yesterday, where she kept mum on impending motherhood but wore a loose-fitting shirt that left onlookers wondering what she's hiding.

Jen's been wearing baggy clothing for several months now. During her concert tour with husband Marc Anthony, her flowing costumes exposed what appears to be a baby bump.

It's that tour that has sparked rumors – and even published reports – that the singer is pregnant. One report even says the singer is expecting twins.