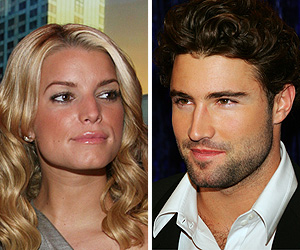 Jessica Simpson may have had enough of reality television stars.

According to the New York Post, Brody Jenner, star of the reality series "Princes of Malibu," put all the right moves on the former "Newlywed" at hot New York nightclub Tenjune.

But the newly-single starlet, who split from John Mayer after months of on-again, off-again dating, was having none of it! Jessica, 27, reportedly wouldn't even talk to him.

Brody, 24, has recently been linked to "The Hills" star Lauren Conrad.