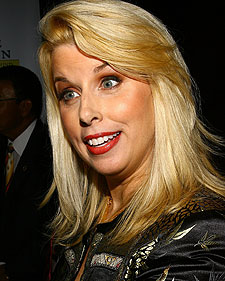 “I literally just got the papers. From what I’ve seen we are solid on our facts more than ever…we are sure of what we have,” she insists. “I think it’s pretty surprising that these guys would launch some frivolous lawsuit to deflect and to smear and to intimidate and it’s not going to work.”

As to any parallels she sees between Anna Nicole Smith and Britney Spears, Cosby states, “Both Anna and Britney are public train wrecks, sort of falling apart before our eyes. You see Britney spiraling down in the same trend you saw Anna Nicole Smith doing years ago. Britney should learn from people like Anna Nicole Smith…don’t get too caught up in stardom at the end of the day it could do you in.”