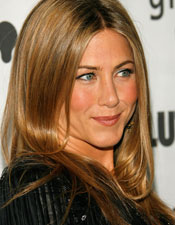 There are reports claiming that Jennifer Aniston bought a $4 million apartment in New York City. However, "Extra" has learned from Aniston's publicist that the rumors are "not true."

He goes on to say, "She has not purchased an apartment in New York. She may in the distant future but she doesn't even know what that building is and hasn't even looked at any places yet."