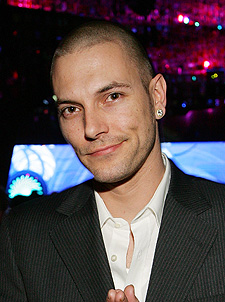 An L.A. judge has just ruled that Kevin Federline will retain full custody of Sean Preston and Jayden James.

Judge Scott Gordon ruled today that his Oct. 1 decision, which stripped Britney of custody, will be upheld until further court order.

However, Britney will be allowed monitored visitation of her two children.

The decision comes after a three-hour, closed courtroom hearing which Kevin attended. Britney wasn’t there – she was spotted running errands around L.A.

Both Britney and Kevin must be present at the next hearing on October 26.

Win It! A Halloween Gift From WaffleWow! 6 Jack Black: Angelina 'Has a Ways to Go' 7

Dr. Klein: It's Not to Be Discussed Who the Father Is 8

Patty Duke Dead at 69: Cause of Death Revealed 10