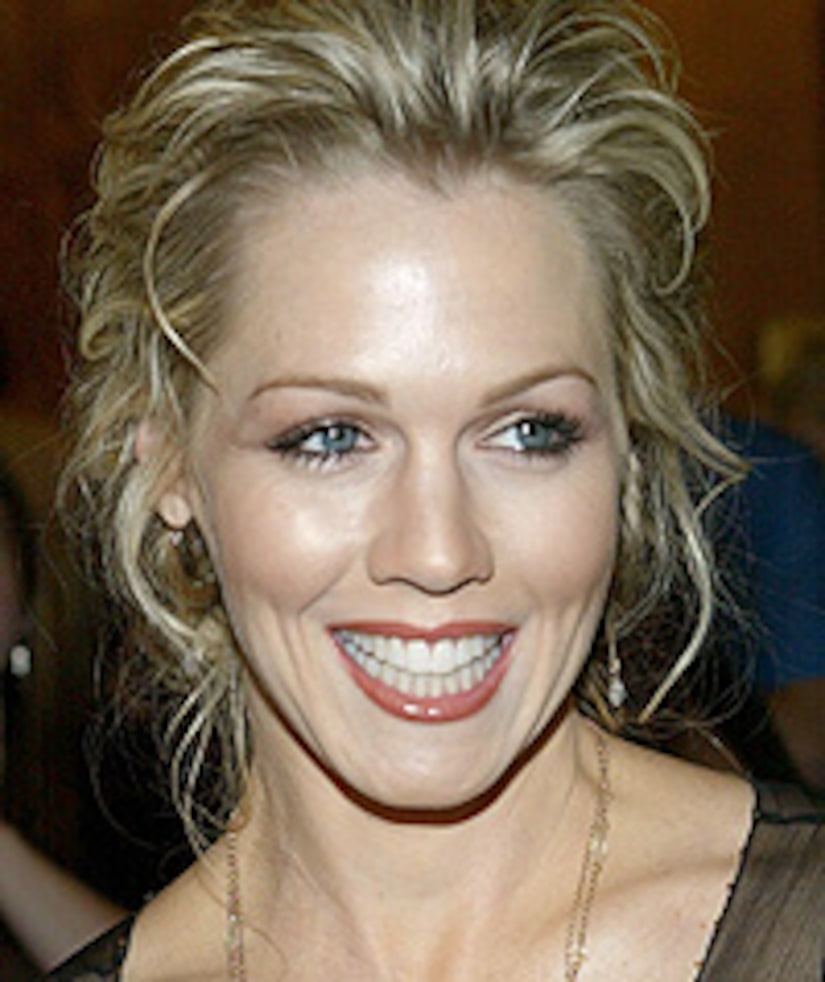 Jennie Garth and partner Derek Hough took a major fall on “Dancing with the Stars” last night, and the fumble left the pair reeling.

“Her dress came over my foot, and when she went, her dress went,” Derek explained. “My foot went, and we both went!”

Jennie, fighting back tears, told us, “This was not what we planned. We had one in dress rehearsal and it went fine.”

Their ballroom blunder caused judge Len Goodman to quip, “It was like Leo and Kate in 'Titanic.' It started off very well, but we found a few icebergs on the way.”

On the other hand, dress rehearsal didn't go so well for Karina Smirnoff and Floyd Mayweather.
Karina's dress came tumbling down last week – and last night she found problems with her top half!

Floyd stuttered trying to explain the mishap to “Extra,” stammering, “Her boobs, her, eh,” to which Karina shouted, “It's okay. Everyone has breasts. You can call them breasts.”

A blushing Floyd shrugged, “Her 'breasts' were almost showing.”

Still, their close call didn't stop them from wowing the judges, though Floyd was told to work on his posture.

Marie Osmond had her own problems when she tried to look tanned and Latin for her dance.

“I went into a tanning bed, and I fried myself and every time he spun me around I was like, 'Ahh!'” she explained.

But Marie's covering it up with her new partner, Jonathan Roberts.

“Out with the old, in with the new!” Marie exclaimed. “Donny's gone. It's now Johnny and Marie.”

To solidify their stance as a couple, Marie even got t-shirts made with their faces on them!

Brazilian charmer Helio Castroneves was the one who stole the show with his number. The judges gave him one of the highest scores of the night.

“I got a little emotional when I understood we were in the lead,” he said after the show.

Tonight on ABC, one more couple will be eliminated.