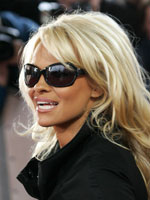 Putting rumors to rest and contrary to recent reports, Pam Anderson says she is not a married woman. On her website, her marital status reads “single.”

Pam and boyfriend Rick Salomon applied for a marriage license in Las Vegas this weekend, and it was widely speculated that the two had tied the knot.

The license is good for one year.