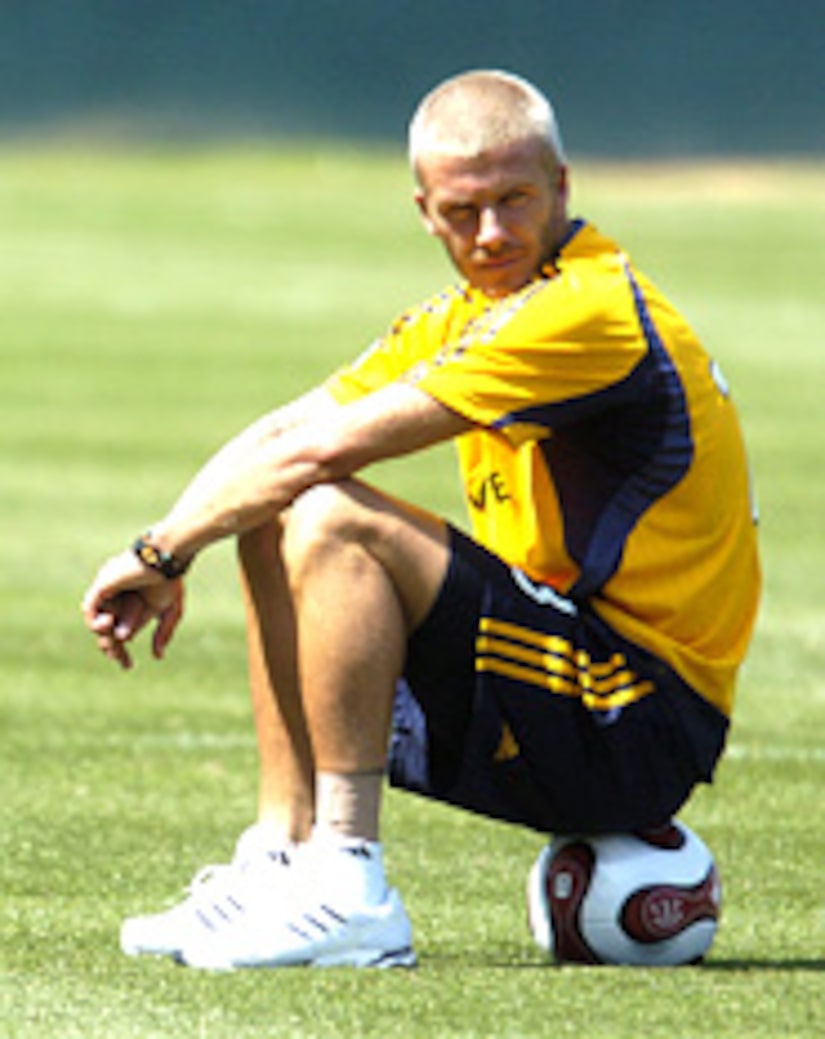 David Beckham has rushed back to England after learning his father Ted suffered a heart attack.

Becks, 32, dropped everything early today and hopped on a flight to the U.K., where his 59-year-old father is recovering in "stable" condition.

David's rep said, "He is obviously incredibly concerned and wants to be with him."

Ted Beckham suffered chest pains late last night and was rushed by ambulance to a London hospital, where he underwent surgery to unblock his artery. He is reportedly now in the intensive care unit.

David's wife Victoria is currently on her way back to England from Japan.