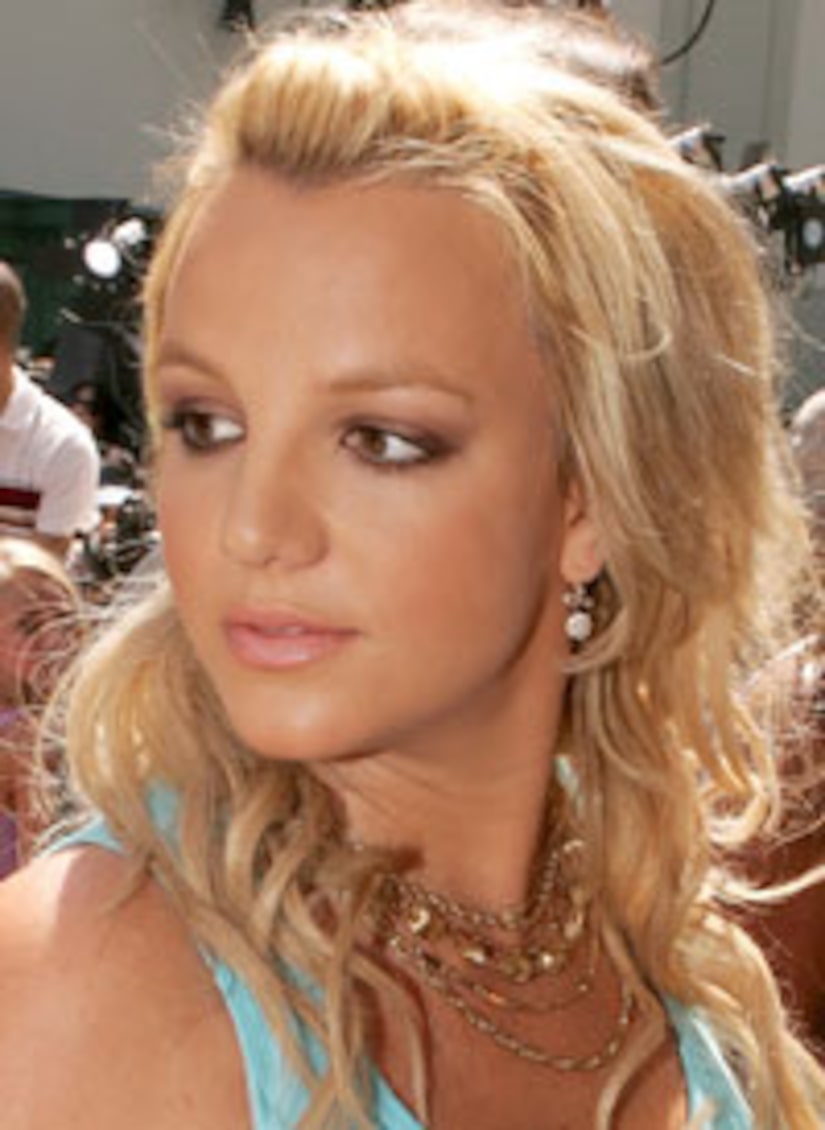 Britney Spears is fighting back at the constant crowd of cameramen that follows her every day!

As the pop star made her way into a Burbank restaurant last night, she whipped out a videocamera and began filming the snappers.

Perplexed paps asked, “Is there a reason for the video, Britney?”

A new report hints that Britney may be videotaping the paparazzi to show the court how much pressure she's always under.

Meanwhile, celebrities coast-to-coast are taking part in an intervention for the troubled star.

“Keep your head up and do your thing,” he offered.

Today, Kanye West – who originally dogged Britney after her MTV VMA performance – is now changing his tune about her single, “Gimme More.”

“I actually kind of like that song,” he admitted.