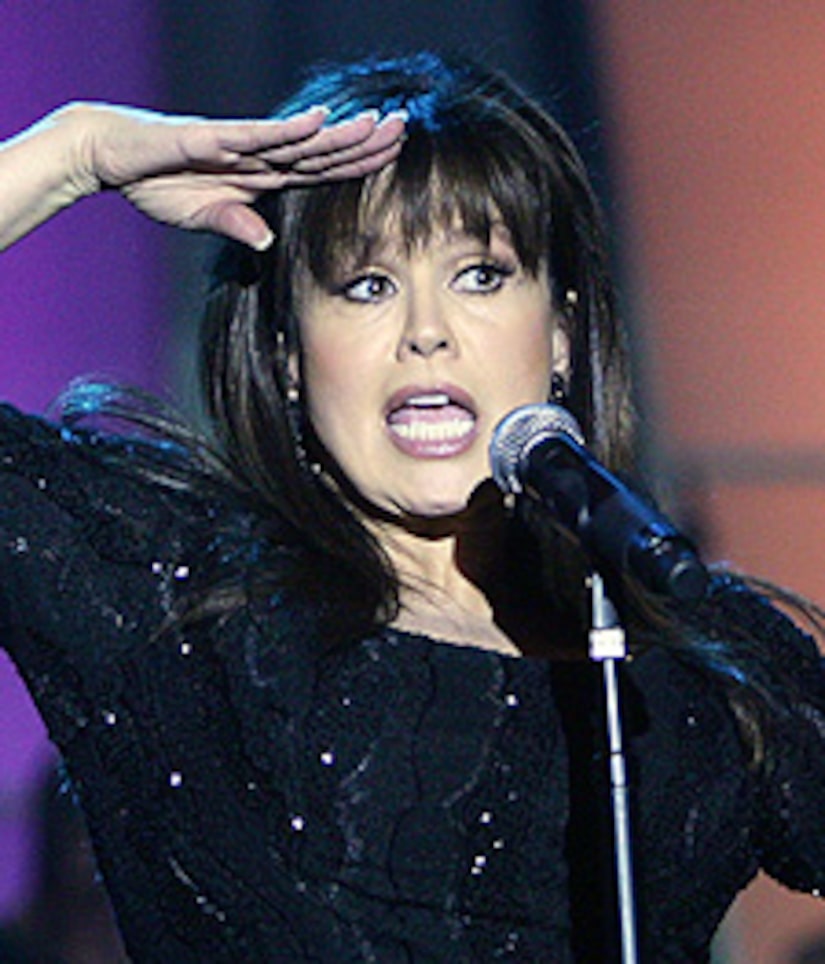 Tom Bergeron said it best last night when he exclaimed, “The ballroom is back in business.”

Twenty-five million people tuned in to the season premiere of “Dancing with the Stars,” and they were treated to an all-out ballroom blitz from the ladies that left the men shaking in their shoes!

“I knew the girls were going to bring it,” Wayne Newton told “Extra.”

“First night, first dance, all the nerves, all the pressure – they just nailed it!” said Cameron Mathison.

All the boys watched in awe as “Cheetah Girl” Sabrina Bryan set the early pace with a jaw-dropping number.

Judge Len Goodman called Sabrina “a bewitching blonde dynamo,” but Sabrina confessed to “Extra” after the show, “I don't even know what that is!”

Sabrina stopped by our set after the show to spill all the “Dancing” details no one saw on the show.

Sabrina and her partner, Mark, took time out from practice to talk about their show-stopping number and to set the record straight on romantic rumors about the two.

Sabrina laughed it off but admitted, “I talk to his mom on a regular basis; she calls me on my cell phone.”

With the competition already heating up, Marie Osmond is gathering her family forces in the hopes of a win.

“All my brothers were texting me, and I said, 'Get off the phone texting, will you please get on and vote?'” she said.

While winning would be nice, Marie, along with new mom Melanie “Scary Spice” Brown, Jane Seymour and the rest of the ladies, is just thrilled to be part of the “Dancing” phenomenon.

The intense workout has done wonders for Marie: she's slimming down already!

“I needed to lose weight, and I've lost three inches off my waist so far,” she revealed.

As for the men, they get their turn tonight. Wayne's partner Cheryl Burke told us he's almost ready.

“Coordinating his arms with his legs” will be his biggest challenge, Cheryl said.

But Wayne shot back with a laugh, “It's called dancing!”

“Dancing with the Stars” continues tonight on ABC.