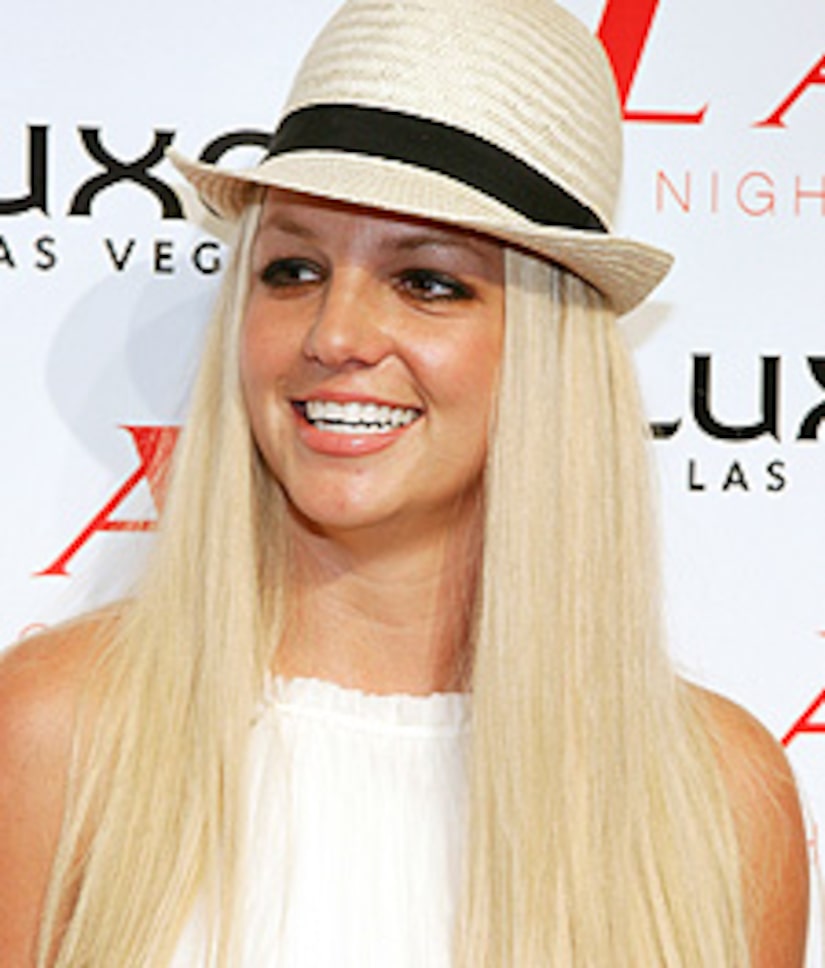 Britney's return to Los Angeles from a surprise trip to Atlanta was met with a pack of paparazzi.

The troubled star ducked into an L.A. sandwich shop only to be followed by dozens of cameramen.

With her blonde extensions gone and her hair dyed brown, Britney entered the eatery and made a pit stop in the store's bathroom.

An entourage of snappers turned over tables and chairs trying to take pictures of her. At one point, she apparently asked a paparazzo to come into the restroom with her!

She reportedly asked him for help getting back to her car. Her two baby boys, Sean Preston and Jayden James, were snapped holding hands in the back seat.

Britney made a surprise visit to Atlanta this weekend, where she shopped and reportedly voiced her disdain for Los Angeles.

A new report claims she groaned, “I hate L.A. I'm so sick of that town.”

Britney may have needed an escape from another disastrous week.

In just a few short days, a judge called her “a habitual drug user,” her former bodyguard slammed her parenting skills and she was charged with misdemeanor hit and run.

Now there are new restrictions on her custody agreement with Kevin Federline.

The judge has reportedly signed the order in place. She will now undergo random, twice-weekly drug and alcohol testing.