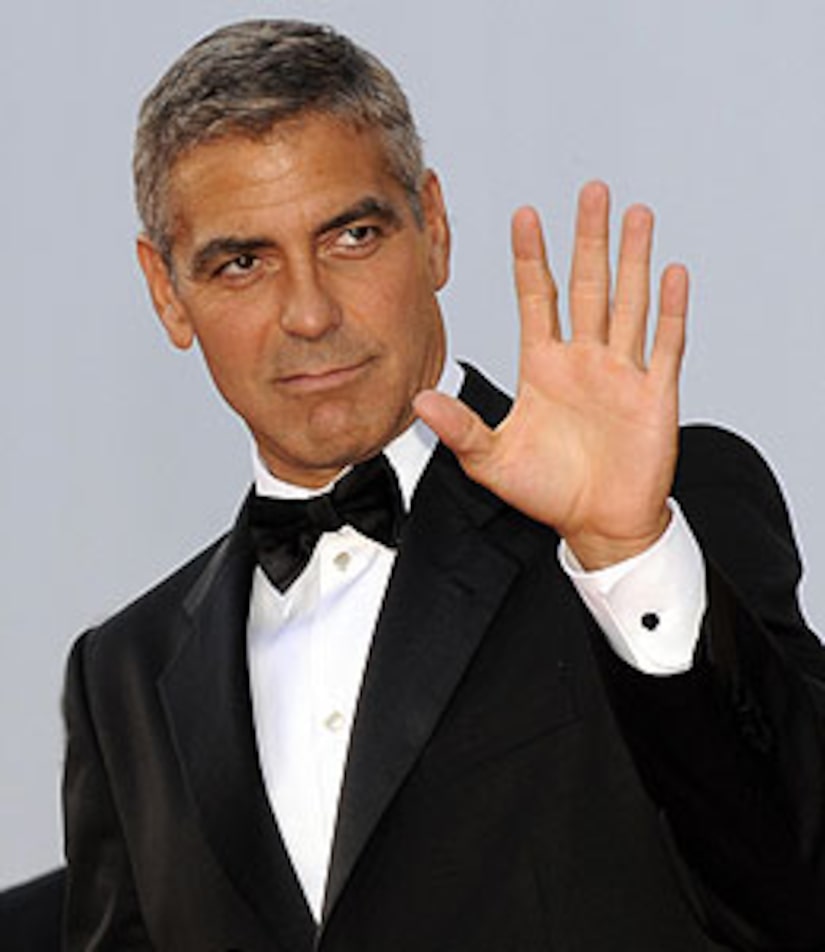 The first photos surfaced today of George Clooney in New York, recovering from his motorcycle crash. The actor's arm and hands were bandaged up.

Meanwhile, “Extra” got new video of George's girlfriend on crutches this afternoon, as well as new details of their frightening accident.

Jerry Zaslavsky and his wife not only saw Clooney crash his rented Harley Davidson, Clooney left the $18,000 bike with them before rushing off in an ambulance to receive treatment for his fractured rib and girlfriend Sarah Larson's broken foot.

“I saw the spill,” Zaslavsky said. “Thank God everybody was okay.”

“He looked very concerned,” added Zaslavsky's wife. “And they were touching her leg, and trying out her foot, and she looked like she was in a great deal of pain.”

Meanwhile, the driver of the Mazda that collided with Clooney maintains it was not his fault.

“I didn't see him at all until I started to turn the car a little bit,” he said. “I was shocked, and I was pissed at the same time. And then when I realized it was him, I was kind of like star struck.”

However, Clooney insists the car cut him off, although nobody has been charged.

While the banged up actor and his girlfriend recover, even hitting the red carpet tonight for the premiere of "Michael Clayton,” the driver says no hard feelings.