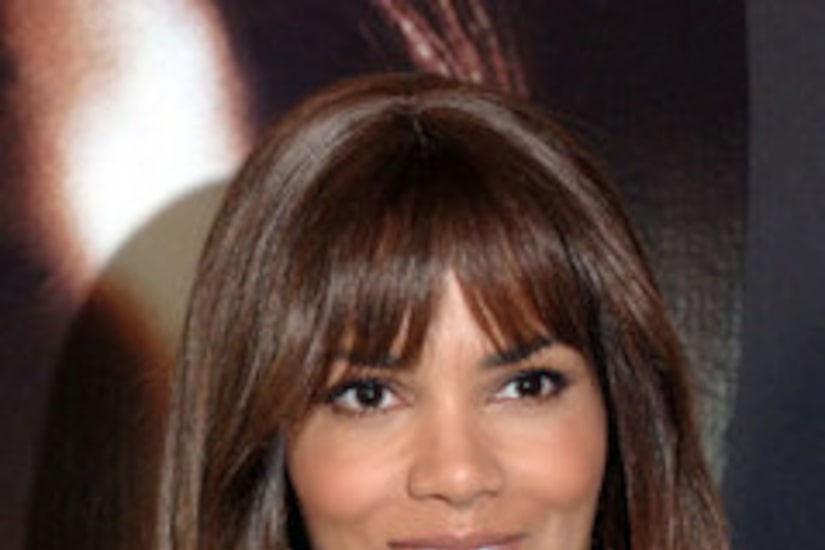 Halle Berry is spilling details about her upcoming bundle of joy to Oprah Winfrey. The Oscar-winner taped Oprah's show yesterday, and according to the Chicago Sun Times, proudly showed off her baby bump to an applauding audience.

The stunning actress announced earlier this month that she was three-months pregnant with her first child. Her boyfriend, model Gabriel Aubry, is the father.

Halle confessed that when she first suspected she was pregnant, she took a whopping 34 home pregnancy tests. All were negative – until No. 35 proved she was expecting!

She said she and Gabriel don't want to know the baby's gender. They're going to wait until the little bundle of joy is born.

In another bombshell, Halle revealed that she's already thinking about expanding her family!

Her baby won't be born until earlier next year, but she told Oprah that she and Gabriel are anxious to have another baby as soon as they can.