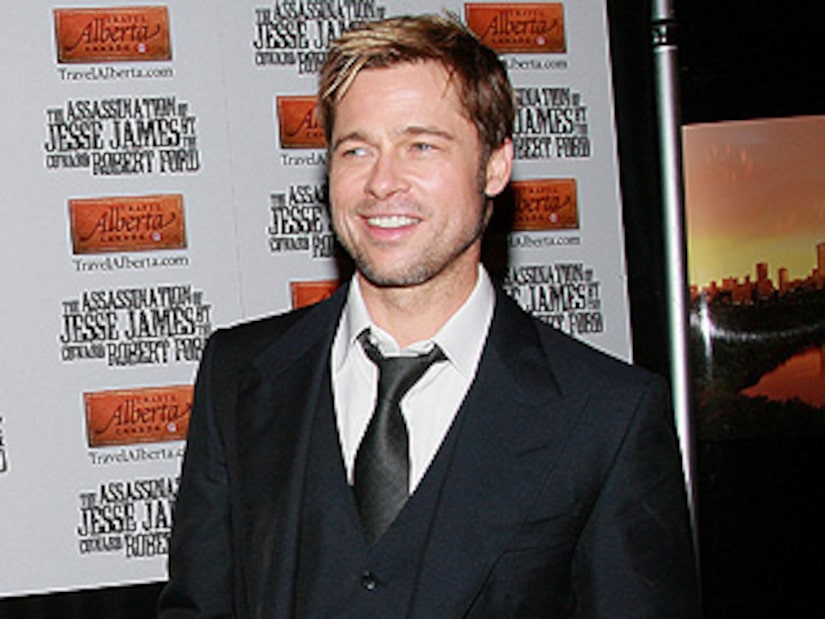 Bodyguards surrounded Brad Pitt and Angelina Jolie at the Big Apple debut of Brad's new flick “The Assassination of Jesse James by the Coward Robert Ford,” and “Extra” was in the middle of all the action.

“I feel so secure,” Brad joked as he broke away from his entourage of protection.

So why did the world's most beautiful couple have a virtual barricade from fans?

The extra protection could stem from a scary scene at the Venice Film Festival earlier this month, when a fan lunged at Brad and pulled him toward her.

But Brad was able to shrug it off, telling us last night, “It's something to be aware of, but as I said, we're not going to change our life.”

As fans screamed for Brad, the couple left their own security long enough to sign a few autographs and greet fans.

Brad, who is getting rave reviews for his performance in the film, told “Extra” about their plans to expand their already huge 9-foot-wide bed.

“I'm going to have to keep expanding for the family sleepover nights,” he said.