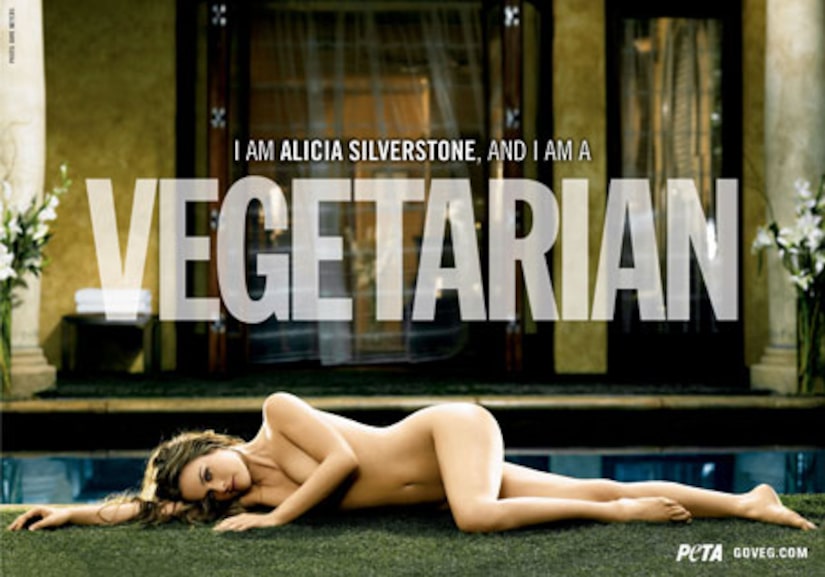 In the ad, Alicia proudly declares herself a vegetarian and says she's never felt better.

A TV version of the ad hits the airwaves today in Houston, which was recently named the sixth fattest city in the nation by Men's Fitness magazine.

People for the Ethical Treatment of Animals say they picked Houston to debut the racy advertisement because of its unhealthy eating habits.