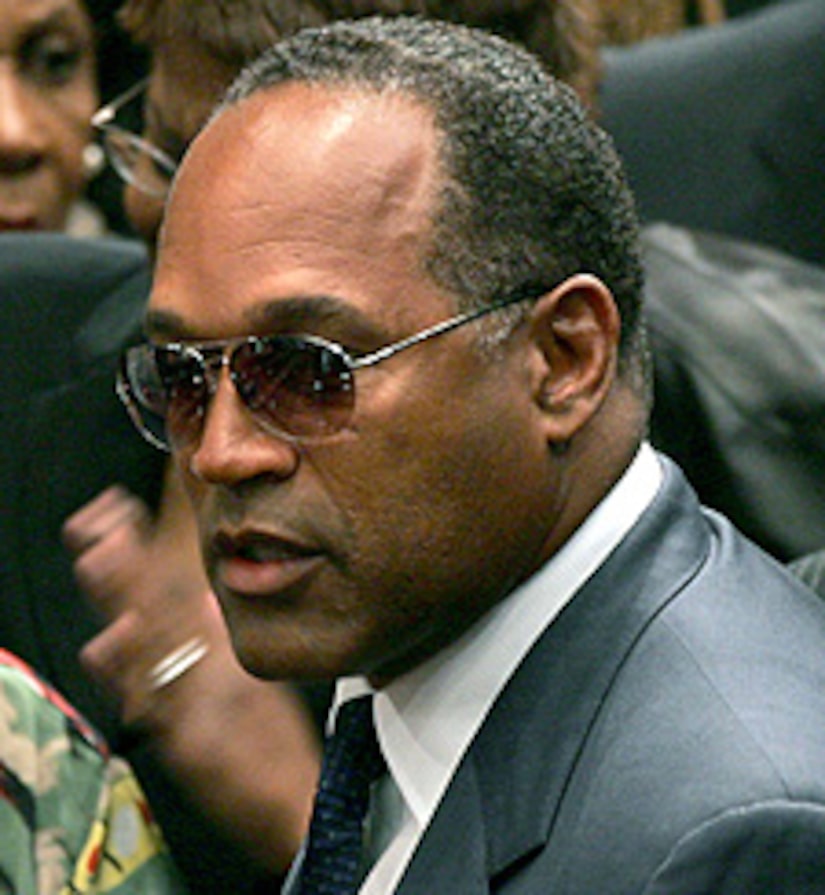 John Elway commented, “That doesn't get a whole lot of my attention. Why is it always on [TV] when he does something that he shouldn't do?”

Kelly Slater has tuned into the coverage, but added, “You can't not – it's a train wreck, it's crazy!” He continued, “How could someone in his position do that? He's pushed the limit far enough.”

Mark Messier, New York Rangers hockey great, said, “I think like everybody else, I don't know what to say about it, it's sad.”

Today, “Extra” has learned that Simpson is expected to make his first court appearance tomorrow.

Simpson was booked in a Las Vegas jail on six felony charges, where he is being held in isolation without bail.

Two of the five men allegedly with Simpson at the time of the alleged Las Vegas hotel break-in have now been arrested and are said to be cooperating with police.

One of the men arrested in the case, Walter Alexander, insisted today that Simpson was “set up.”

In addition, “Extra” has learned that one of the memorabilia collectors in the room at the time, Bruce Fromong, has been hospitalized due to an apparent heart attack. Fromong, a witness to the alleged break-in, described Simpson coming into the room “commando style.”

He is now at Cedars-Sinai Medical Center.

In the meantime, the Goldman family is asking a judge today to force Simpson to hand over the sports memorabilia he allegedly took from the Vegas hotel.

A judge tentatively denied that request but gave Goldman's attorney one week to come up with a list of items Simpson is accused of taking.

A civil jury awarded the family of Ronald Goldman, who was killed along with Simpson's ex-wife Nicole Brown Simpson, a $33.5 million judgment against Simpson.

The judgment remains largely unpaid, and the Goldman family has waged a campaign to claim Simpson's assets since then.