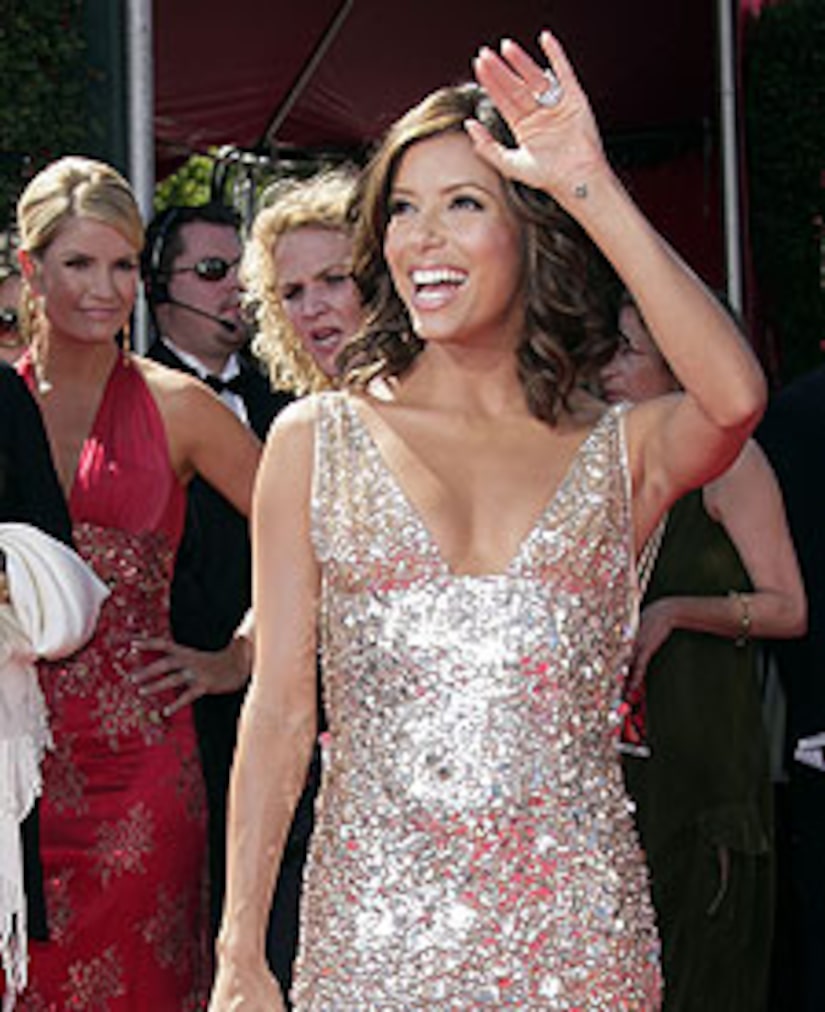 The 59th Primetime Emmy Awards are underway, and "Extra" has the red carpet covered!

Eva Longoria just arrived at the Shrine Auditorium, where the stars will celebrate television's biggest night.

Ryan Seacrest has also made his debut in a classy, black suit, but expect a different look from the multitasking host.

He told "Extra" on Friday that he'll probably sing and dance on stage, adding, "There's a very interesting costume change, which could be the biggest mistake of my career...it's that embarrassing."

Check back for breaking Emmy news, photos of the hottest stars and a complete list of winners!