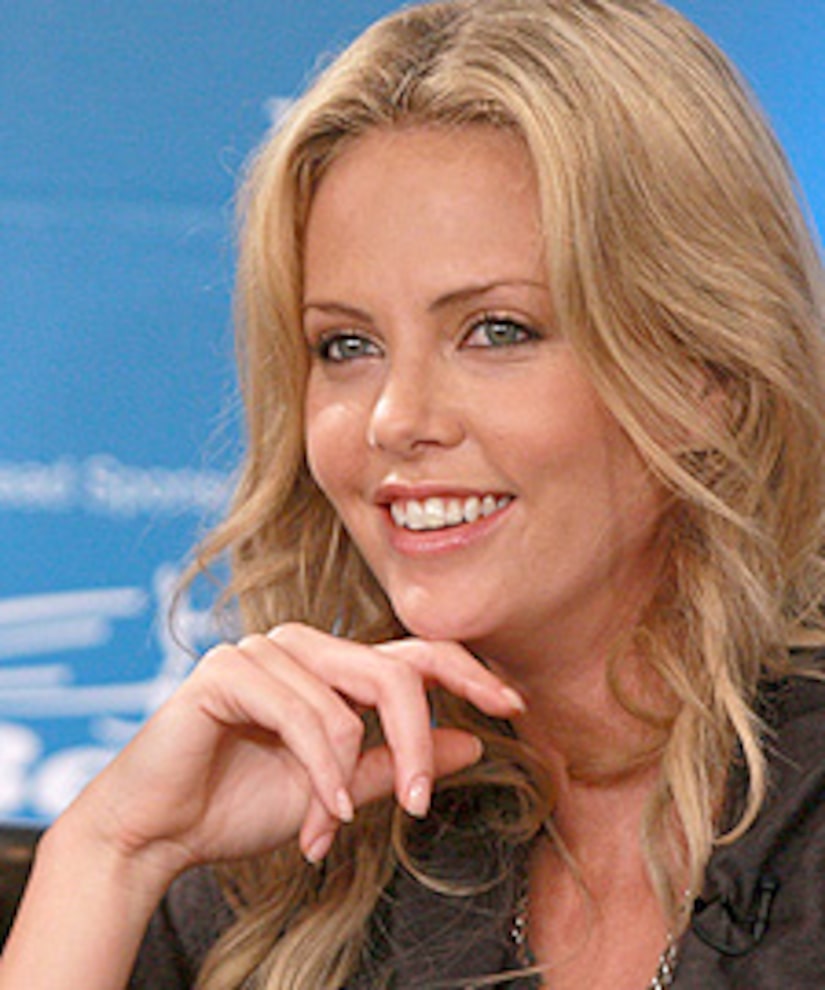 Charlize Theron and her boyfriend of seven years, actor Stuart Townsend, are now calling each other husband and wife!

Did they tie the knot in a super-secret ceremony to avoid the paparazzi?

Not really – the couple say they don't need a certificate to be officially wed.

Townsend told People this week at the Toronto Film Festival, “I'm married. I didn't do a church wedding or anything, but we're married. We're husband and wife."

The couple met on the set of “Trapped” and have been together ever since. Throughout their relationship, they've avoided speculation that they were ready to walk down the aisle.

"We love each other and we want to spend our lives together," said Townsend, 34. He also called Charlize, 32, “the greatest woman I've ever met.”

He added, “"We didn't have a ceremony. I don't need a certificate or the state or the church to say otherwise. So no there's no big official story on a wedding, but we are married. ... I consider her my wife and she considers me her husband."

Both Charlize and Townsend are now reportedly wearing rings.