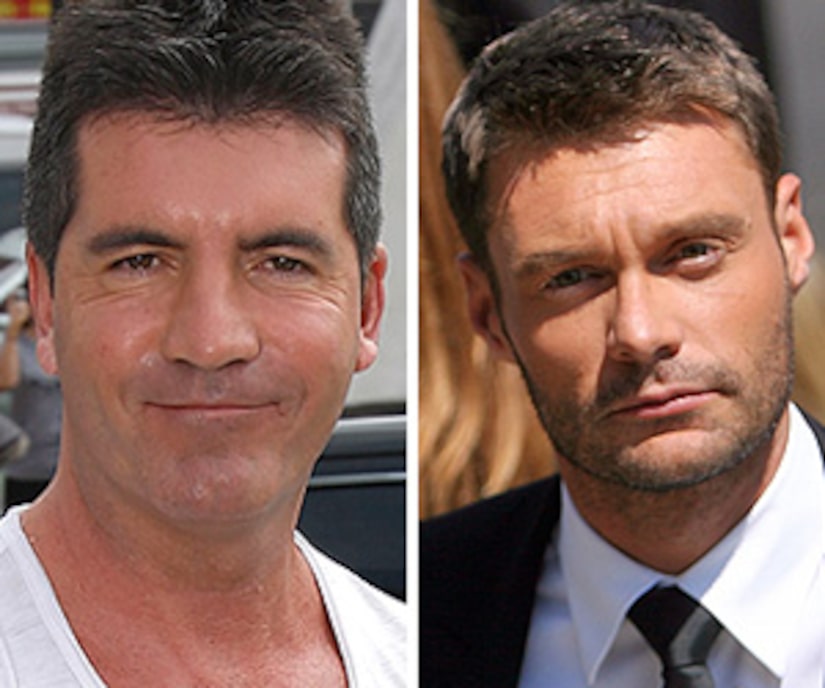 Simon Cowell tells "Extra" that he's worried about Ryan Seacrest's career if he decides to sing during Sunday's Emmy's telecast!

Cowell says, "The worst thing that can happen, which I've said to him is... publicly humiliating yourself in front of all of America."

He laughs, "The fact that most years it's hosted by comedians and Ryan's not funny is a small issue."