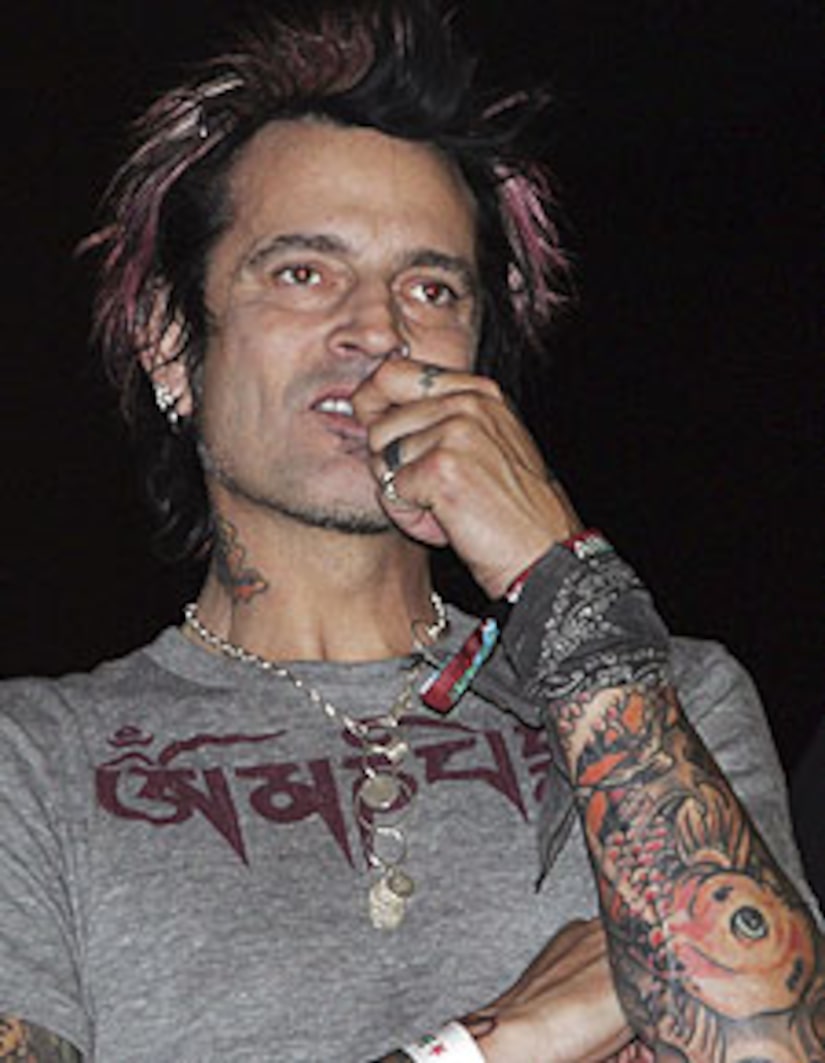 Tommy Lee is apologizing for his wild VMA fight with Kid Rock and explaining just how the scuffle broke out.

On his website today, Tommy Lee writes that the fight erupted while Alicia Keys was performing.

He said, “I get a tap on the shoulder from Kid Pebble...I stand up and embrace him with a semi hug…He punches me in the face!”

He said that security guards dragged him out of the show before he could fight back.

He apologized to Alicia for the scuffle, saying, “I apologize sweetie…I had nothing to do with the timing and disrespect!”

Both Kid Rock and Tommy Lee have been married to Pam Anderson.