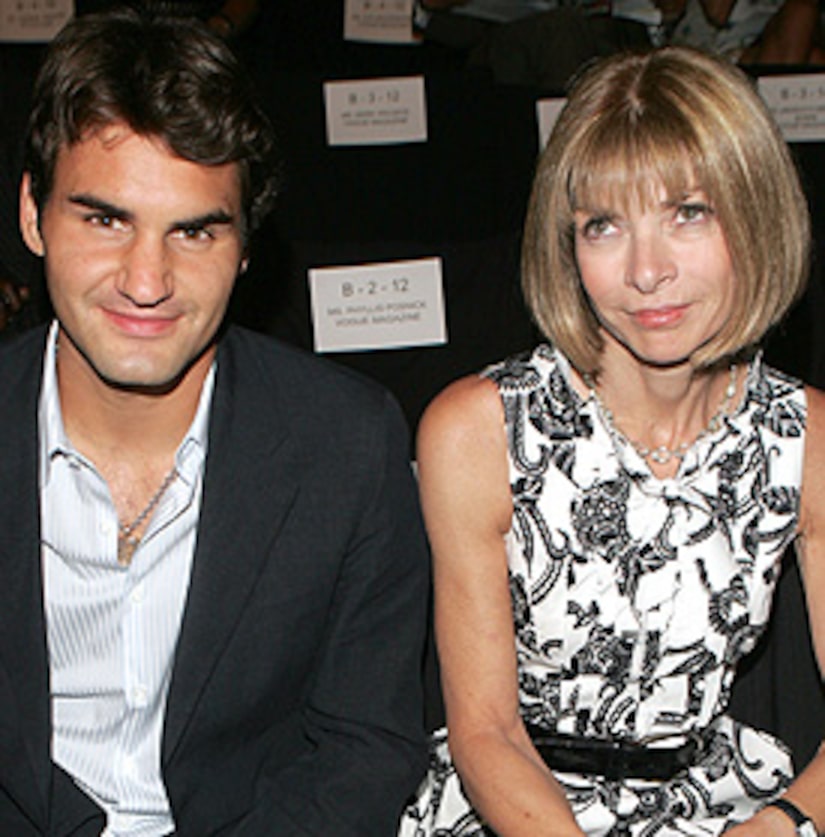 The 57-year-old Vogue diva, who is widely believed to have inspired Meryl Streep's character in “The Devil Wears Prada,” was cozying up to 26-year-old sports star Federer at the Oscar de la Renta fashion show this weekend.

Is it a love match?

In fact, she chose to watch him at the U.S. Open last week instead of going to Gwen Stefani's L.A.M.B. fashion show.

But Widdicombe says that both Wintour and Federer have significant others and that they're just very good friends.