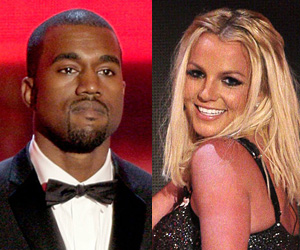 “Extra” was with Kanye West at New York’s Fashion Week, where he talked about this weekend's controversial MTV VMAs.

When asked about Britney’s performance, West said, “She wasn’t in her right mind. She wasn’t in a good place, and she allowed them to exploit her for the ratings. I just don’t agree with the way they’re doing it right now.”

When "Extra" asked if he was done with MTV, as he has hinted, he said, "Yeah."