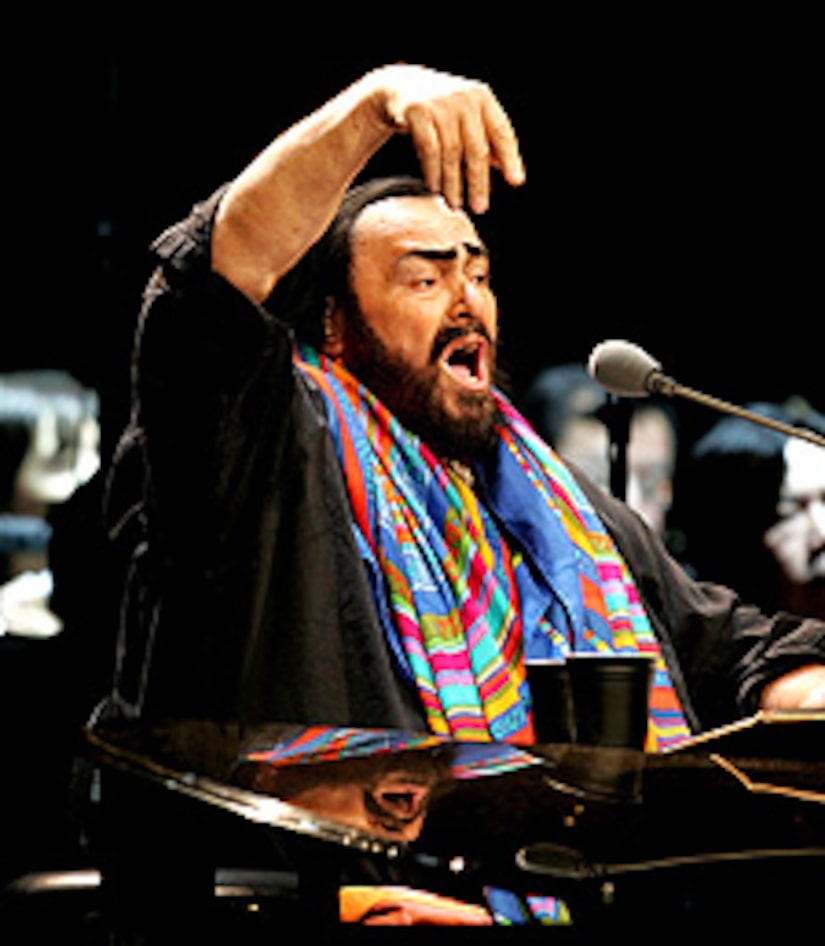 Luciano Pavarotti, often called the voice of opera, died Wednesday night. He was 71.

Pavarotti passed away at his home in Modena, Italy, after a brief battle with pancreatic cancer.

He was diagnosed with the disease last year.

His manager released this statement: “The Maestro fought a long, tough battle against the pancreatic cancer which eventually took his life. In fitting with the approach that characterized his life and work, he remained positive until finally succumbing to the last stages of his illness.”

Pavarotti was one of the most recognizable men in opera. His booming voice and large frame made him famous worldwide, and his love for music helped popularize opera.

Fellow singer Placido Domnigo said today, “I always admired the God-given glory of his voice – that unmistakable special timbre from the bottom up to the very top of the tenor range.”

Before he passed, Pavarotti gave “Extra” a rare interview and opened up about a 40-year career in which he sold over 100 million records.

“I'm a workaholic,” the tenor admitted.

Pavarotti also opened up about the woman who, until the very end, stood by a man who lived life as large as his voice.

“I am a spoiled boy I am happy when I am close to people I love and who love me,” he gushed with childlike enthusiasm.

Pavarotti is survived by his wife Nicoletta, who is 34 years his junior.

“It's love,” Pavarotti insisted at the time. “Love in the total way. She has an incredible personality and I love her and she loves me.”

The tenor, worth $250 million even after a $100 million divorce from his first wife, married Nicoletta in 2003.

Today, Nicoletta and their four-year-old daughter Alice are mourning the loss of their husband and father, while Jose Carreras – one of the legendary Three Tenors – mourns the loss of a friend and virtual brother.

“To have the possibility to work with him, one of the best tenors ever, it was already and always a privilege," he said today.