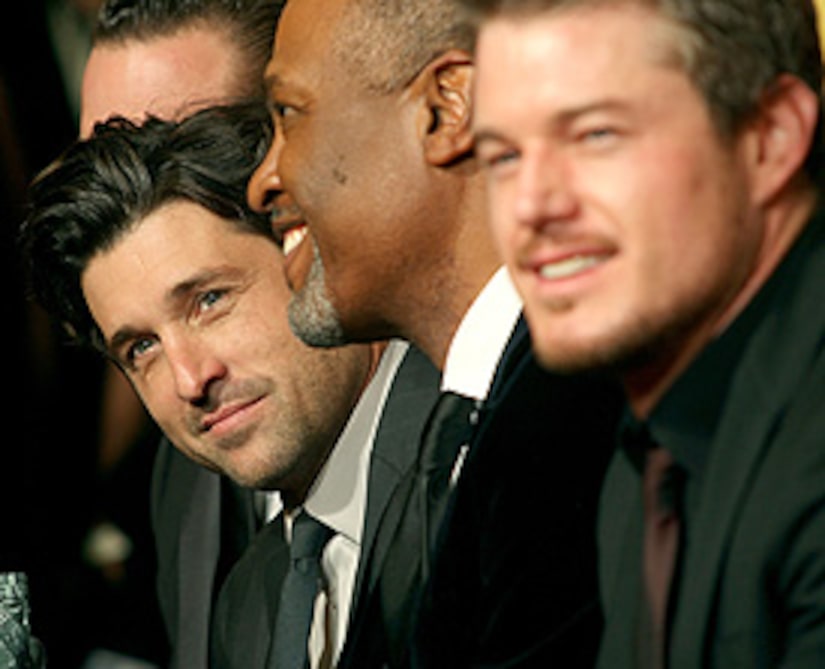 “Extra” was first on the set of “Grey's Anatomy” in support of the highly-anticipated season four premiere, where we caught up with proud new dad Patrick Dempsey.

Patrick, whose twin boys are now almost six months old, gushed, “The boys are growing up. They are great… they are developing beautifully. They're wonderful!”

Patrick, 41, also says the vibe on the set this season is different.

Last season, Isaiah Washington was famously booted from the show after a scuffle with Patrick and a subsequent homosexual slur against co-star T.R. Knight.

The show is seeing some changes this season, as Kate Walsh moves on to "Private Practice" and newcomer Chyler Leigh joins the cast as Dr. Meredith Grey's younger sister.

As the rest of the cast prepares for the upcoming season, Patrick said he's excited to step into his scrubs as Dr. McDreamy.

“I'm going to go save some lives again!” he joked.

And break a few hearts, too.