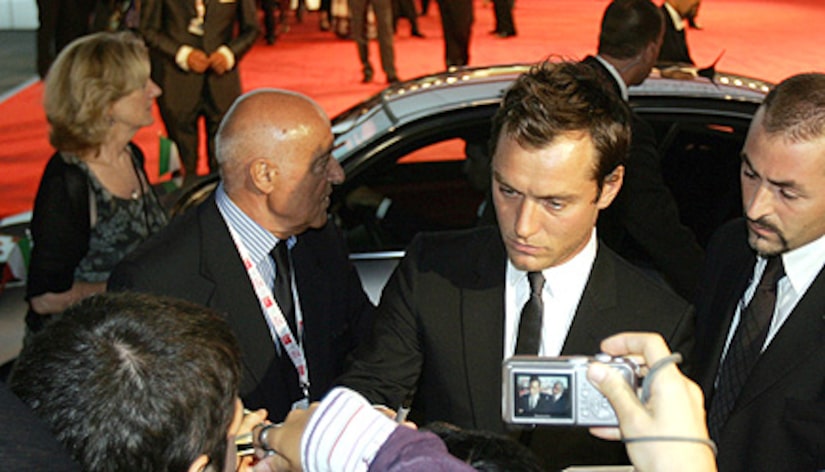 Jude Law has been arrested after a scuffle with a paparazzo in London!

Jude allegedly got a little too rough with the photographer as he snapped pictures of Jude outside his London home last night. Jude was trying to leave for the British GQ Man of the Year Awards.

Jude, 34, turned himself in to London police and filed his own complaint against the cameraman. Police issued a statement saying Jude had been arrested “on suspicion of bodily harm.”

Charges have not yet been filed against Jude, who was released on bail. He must report back to the police next month.