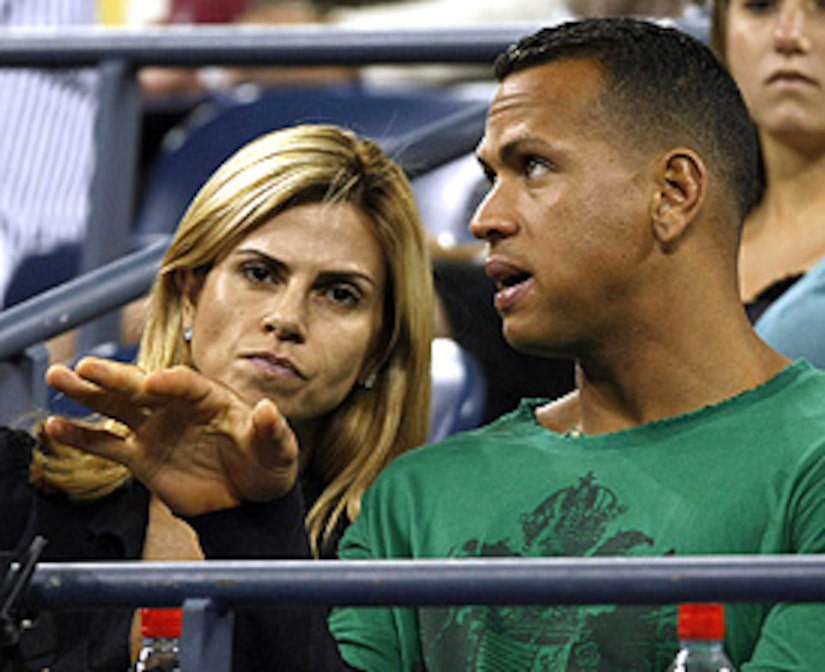 Contrary to rumors, baseball pro Alex Rodriguez is not leaving New York and swapping his Yankees uniform for a new one.

He told “Extra” at a fundraising luncheon for his charity foundation, “We love New York and the foundation is in New York…we're here now.” Alex did add cryptically, “We'll see, but we love New York.”

Alex was together with his wife Cynthia at the AROD Family Foundation event, which supports mental wellness education and quality of life programs for kids and families in distress.

When A-Rod isn't drumming up support for a cause, he's rallying his team to win the world championship.

“It's been a great year so far, but obviously the icing on the cake is the world championship and that's something that we're searching for,” Alex said. “Major League Baseball has a lot of good teams in it and we're one of them.”