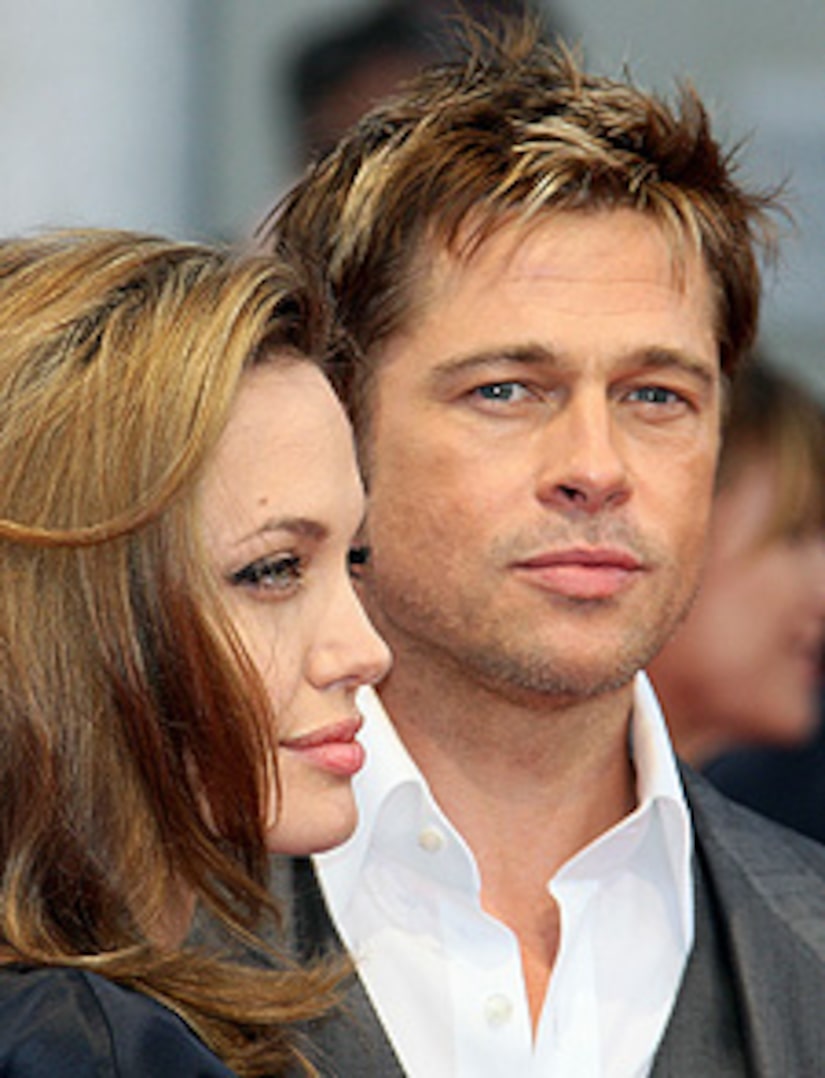 That kind of lifestyle would wipe anyone out, but Brad is up for more.

“Listen, I've always embraced extremes, so it doesn't feel odd to me. There's a couple weeks of finding your balance, and then it's in stone,” he says, adding, “We're not done.”

Brad, 43, and Angelina, 32, are parents to Maddox, 6; Pax, 3; Zahara, 2; and Shiloh, 1. The entire family faces the paparazzi nearly every day, and Brad says it's something the kids have gotten used to.

He adds, “But man, when [photographers] cross the line, you know, if it happened to one of your kids, it's hard not to want to take them down.”

Brad and Angelina are making sure they teach their children about their roots. Maddox and Pax are from Asia, Zahara, or “Z,” is from Ethiopia and Shiloh was born in Namibia.

Brad is also revealing to Details how exactly he went from shirtless leading man to globe-trotting do-gooder.

“I carried the standard cynicism. But it was also feeling like, I can't sit on my couch anymore, I'm going crazy,” he reveals. “It's something that brought Angie and I together certainly – she's absolute evidence for me of someone facilitating change for the better.”

Now his growing family brings him the greatest joy in his life.

He gushes, “It pleases me so much. I get so warm…And that right there, sitting in our kitchen, is how I want to see the world. It's how I want the world to be.”

And as his family grows up, Brad can see changes in his own reflection.

Now in his forties, Brad jokes, “One thing sucks, your face kind of goes. Your body's not quite working the same. But you earned it. You earned that, things falling apart.”