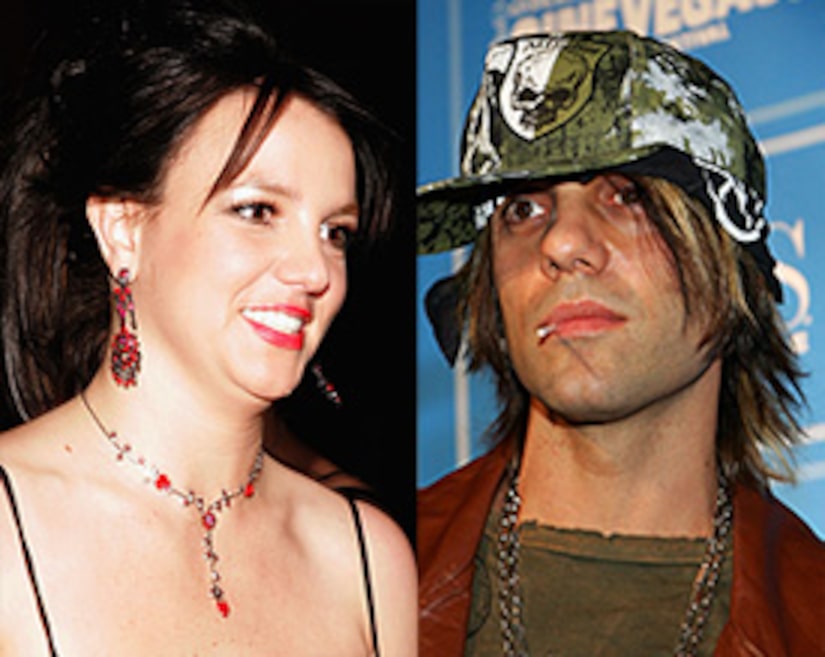 Britney Spears' much-publicized hosting gig for the opening of the new club LAX in Sin City came and went in a flash – but it's her carousing with magician Criss Angel that has people talking.

“Extra” spotted Britney and Criss at a hotel at 3 a.m. after opening night, dodging photographers to get to an elevator.

Before the night ended, as Britney danced along to the blaring music inside the club, the two were spotted sharing a lollipop!

So are they or aren't they?

“Extra” put the magician on the spot, but his answer was all smoke and mirrors!

“As a true practitioner of the art of illusion and magic, one has to be able to keep a great secret,” he said cryptically.

He added, “Britney is a wonderful person who I am very happy to call a friend; a very talented young lady and I wish her the very best.”