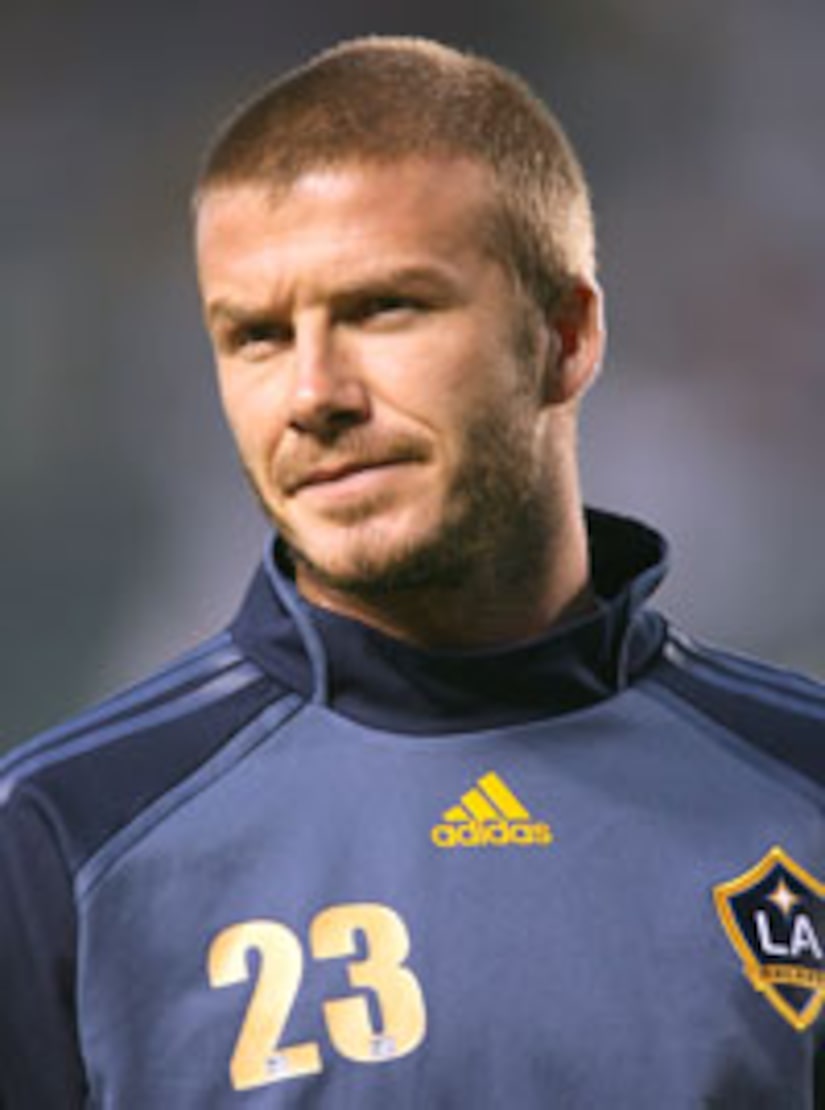 After his much anticipated landing in America to play soccer, David Beckham may be down for the count.

The $250,000 man hit the turf after a hard tackle on Wednesday playing with the L.A. Galaxy, and he injured his knee.

Now Beckham will miss the rest of the season!

Becks gave Ryan Seacrest the lowdown on his injury this morning, explaining, "It's a strain in my ligament, so it's at least eight to 10 weeks out, which takes me to the end of the season."