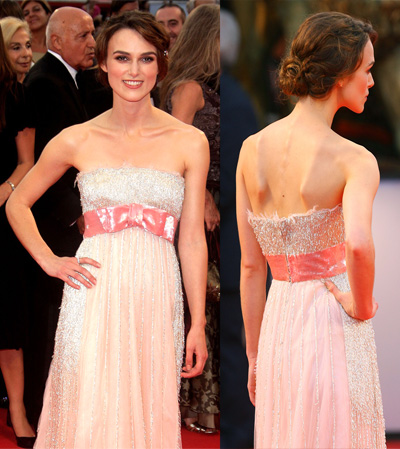 Keira Knightley’s appearance at the Venice Film Festival is sparking rumors that she’s too thin.

But Keira fought back, telling "Extra," “I think that it’s a story that’s made up simply so that they can write something. It is disheartening, but I think also it’s expected, which actually is the most disheartening thing of all.”

Take a look at these pictures from Keira’s appearance at the festival and you tell us: is she too thin?

Daisy Ridley Responds to Body Shamer: 'I Will Not Apologize for How I…