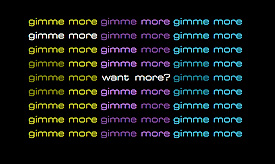 Two alleged new Britney Spears tracks found their way onto the Internet earlier today, and many fans and bloggers were left wondering if it was really her on the tracks.

Sources tell "Extra" that the two new tracks "Gimme More" and "Cold As Fire" ARE in fact Britney, and her official website www.britney.com has been revamped with a "Gimme More" theme.

Last month "Extra" broke Britney music video news and sources tell us that the video being shot at the time was indeed for "Gimme More." Photos from the video shoot surfaced of Britney on a stripper pole in torn fishnet stockings and short shorts.

The second song, "Cold as Fire," was produced by rapper and producer T-Pain, who told MTV News that he and Spears were able to record three songs in a short amount of time: "Cold as Fire," "Boyfriend" and "One of a Kind."

Katie Lee on Ex-Husband Billy Joel’s Baby News, and Her Own Reason… 10

Did Miley Cyrus Go Too Far with Shocking NSFW Outfit?