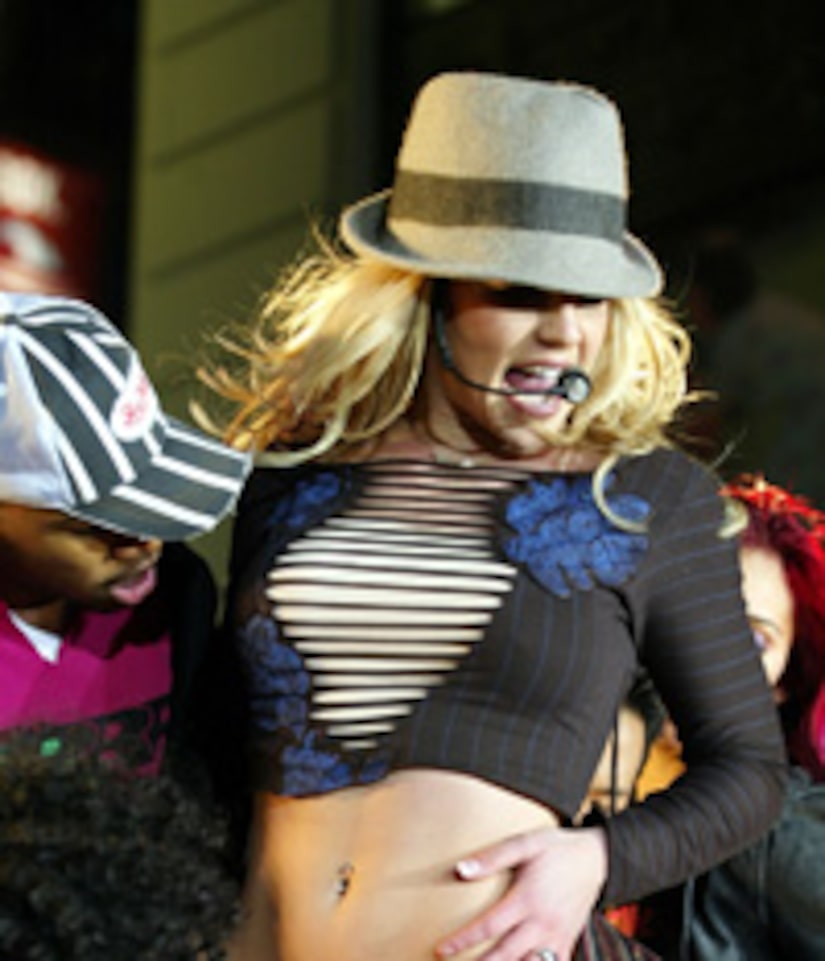 Britney Spears caused a full-fledged traffic jam on busy Beverly Drive Tuesday as she ran out of gas in her white Mercedes.

As stunned onlookers watched, Britney sat in the car with her two little boys in the backseat as police struggled to push the paparazzi back.

Beverly Hills cops pushed her car across the street and into a nearby gas station as the crowd laughed in disbelief.

Britney, wearing a blonde wig and sunglasses, chatted on her phone while none other than the paparazzi filled her tank.

Now it appears Britney is putting the pedal to the metal on two fronts.

A new report claims she's hired an investigator to dig up dirt on Kevin Federline in their custody battle.

Today, “Extra” heard that her comeback album, with the first single reportedly titled “Gimme More,” might drop as soon as next week.

But first, Britney is set to host the opening of the LAX Nightclub in Las Vegas on Friday night.

Co-owners Steve Davidici and DJ AM revealed only to “Extra” that the pop star might actually take the stage.

“There may be a surprise,” DJ AM said. “They may get it in person.”

Not getting Britney is superstar singer/producer Ne-Yo, who wrote Beyoncé's smash hit “Irreplaceable.”

He told Ryan Seacrest this morning he originally wrote songs for Britney, but she disappeared after her head-shaving February meltdown.

When Britney's camp didn't respond to Ne-Yo, he gave up and handed the songs over to Nicole Scherzinger of the Pussycat Dolls.

When Brintey's people found out the songs were no longer being held for her, Ne-Yo shrugged it off and said flatly, “I was calling them; they weren't returning phone calls; wouldn't answer my calls. I'm like, 'Alright. I guess they're not interested anymore.'”