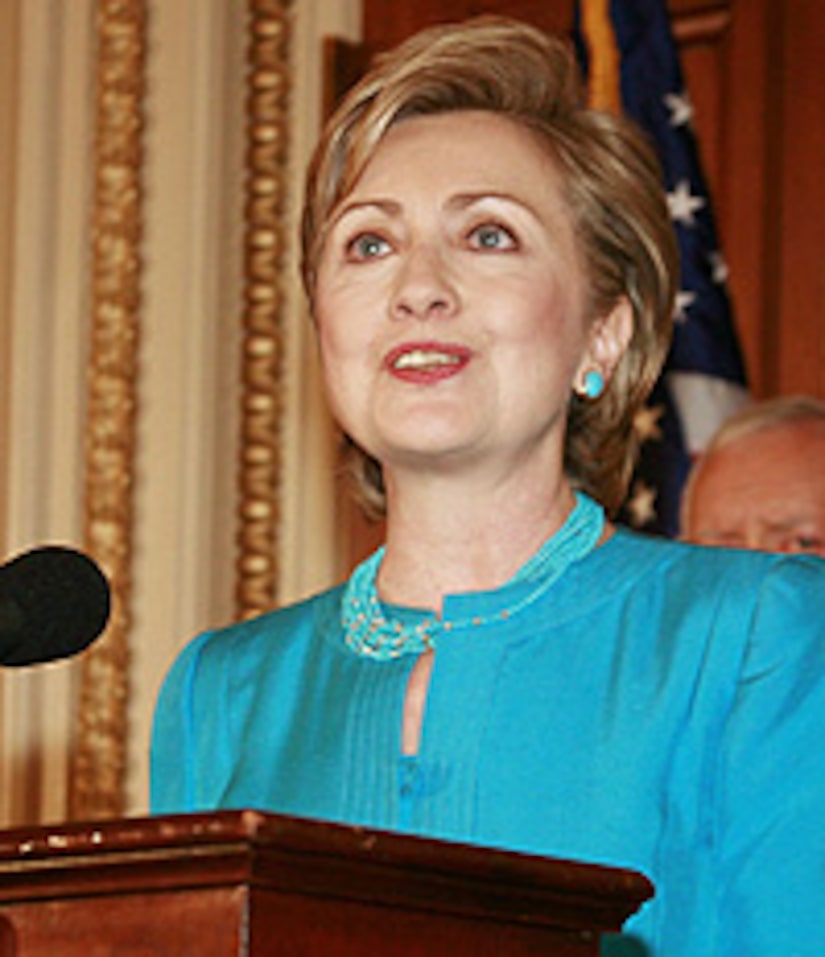 Hillary Clinton and Lance Armstrong both know a thing or two about running a race.

Now the two have teamed up, along with several other presidential hopefuls, in the race against cancer.

“Cancer is a devastating diagnosis," Clinton said. "I've had so many friends, as I'm sure everyone watching has, friends and family members who have suffered from cancer. We lost Bill's mother to breast cancer.”

“Extra” was with Hillary in Cedar Rapids, Iowa, where she was taking part in Lance's LIVESTRONG Presidential Cancer Forum.

“I think it's a great idea to have people running for president pledge, as I will do today, to do everything that I can to try and win the war against cancer," she said.

But first, she has the challenge of becoming the first serious female contender in the ultimate boys' club – the presidential race – a fact she was starkly reminded of when she wore a low-cut blouse on the Senate floor and talk shifted to her wardrobe.

“I get a little bit, shall we say bemused by it from time to time, because I don't see too many articles about my opponents' hair or clothes,” she said. “But you know, it kind of goes with the territory.”

Hillary will be covering plenty of territory in the near future. She'll be appearing on the “Late Show” with David Letterman on Thursday, then on the season debut of “The Ellen DeGeneres Show.”

“You don't just get your news from news anymore; you draw your conclusions from watching 'Extra,'” she said.