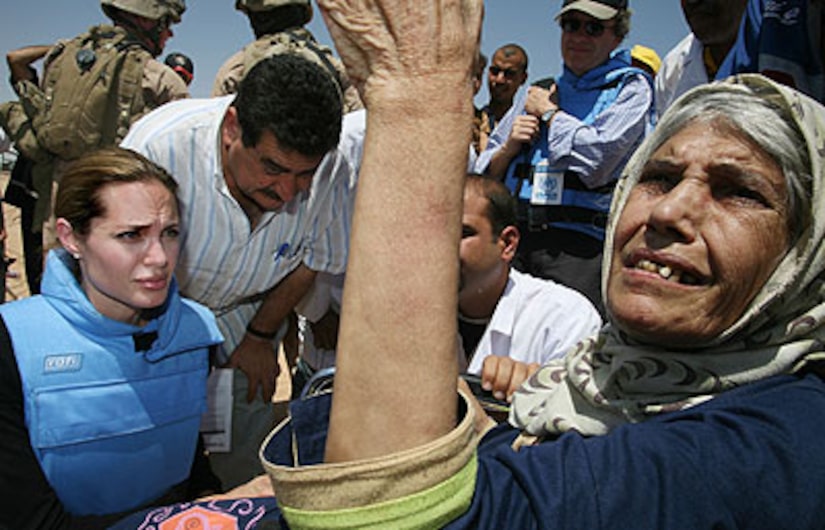 Angelina Jolie has flown to Iraq to witness the humanitarian crisis there, the United Nations Refugee Agency UNHCR announced today.

Angelina left New York Monday and flew to Syria, where she visited Iraqi refugees and spent hours talking with them.

Today she will cross into Iraq and meet with thousands of refugees camped out in camps near the border. She also reportedly witnessed dozens of Iraqis crossing into Syria.

In a statement today, she said, “I have come to Syria and Iraq to help draw attention to the humanitarian crisis and to urge governments to increase their support for UNHCR and its partners. My sole purpose in both countries is to highlight the plight of those uprooted by the war in Iraq."

After meeting refugees today, she said, “It is absolutely essential that the ongoing debate abut Iraq's future includes plans for addressing the enormous humanitarian consequences these people face."

She also reportedly met with American troops and other forces in the region.