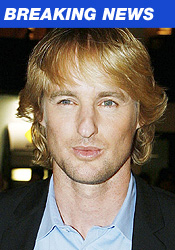 "Extra" has learned from a source close to Owen Wilson that the actor did indeed attempt suicide over the weekend.

The source revealed to "Extra" that Wilson has been depressed for the last few months, but insisted it is not over a broken relationship.