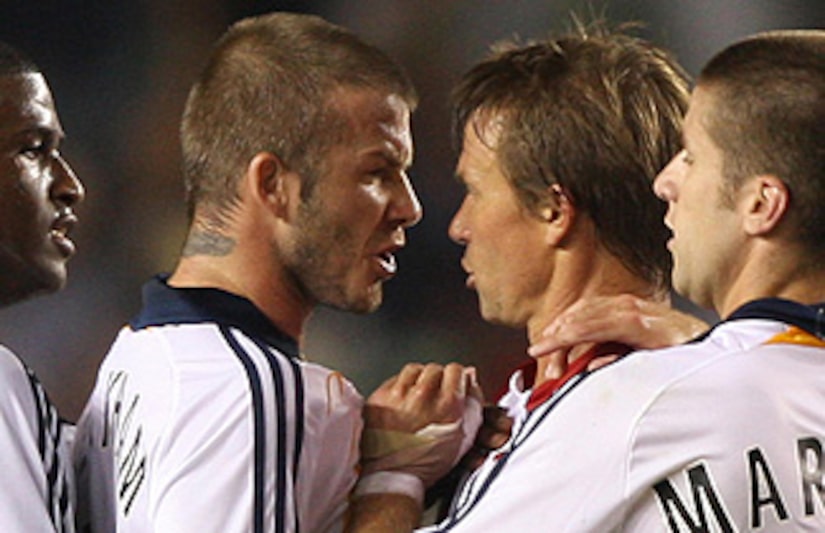 David Beckham was in a near soccer smackdown last night after being taken down by Chivas U.S.A. player Jesse Marsch.

But was Becks tripped on purpose?

Thousands of people, including wife Victoria, watched from the Home Depot Center as Marsch tackled Beckham from behind.

After the soccer stud took a tumble, he and Marsch got in a face-to-face screaming match!

A referee pulled the angry athletes away, and the game continued as usual.

Today, Marsch admitted he sent Beckham to the grass on purpose, but that the two have since made up.