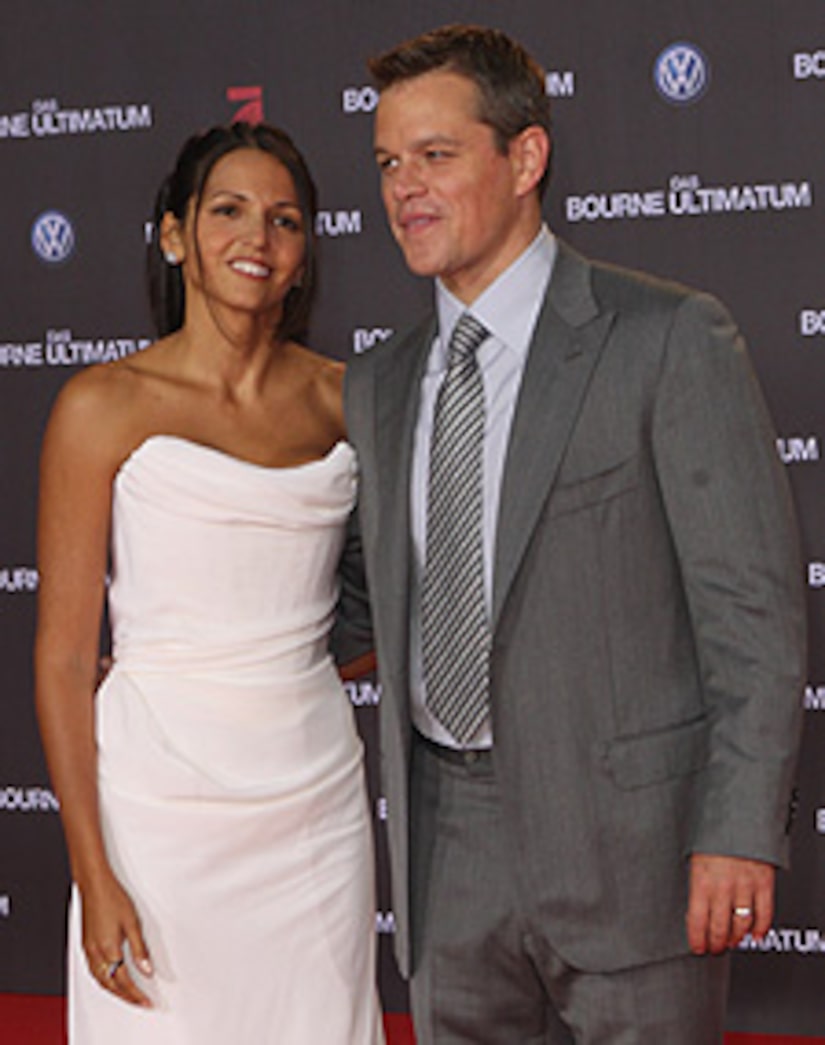 Matt Damon sported an interesting accessory to the Berlin premiere of “The Bourne Ultimatum” – an acupuncture needle!

“Extra” spotted the superstar with a needle in one of his ears as he strolled the red carpet.

A rep for Matt told “Extra,” “Matt had a terrible spasm in his neck/back and he had to have acupuncture. Those are acupuncture 'needles' in his ear.”

Must have been all those jaw-dropping stunts from the action-packed film, which is now officially one of the biggest hits of the summer.